Nokia shows off camera gimmicks to PIMP YOUR PICCIES

Let me just adjust your Facebook profile pic. There you go... 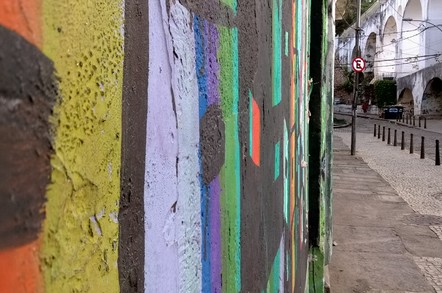 Nokia World Nokia introduced some new imaging technology which allows your Facebook chums to interact and fiddle with the depth field on your photos while you do the same to theirs.

As illustrated in a couple of examples here, you’ll be able to refocus an image after it’s been taken, choosing to highlight a foreground object or the background, for example. With a Facebook plug-in, users will also be able to do the same inside Facebook, with each other's images. Nokia told The Register it is talking to other social networks to support the feature.

In other words, it’s doing in software what the very-fashionable $400 Lytro cameras offer in hardware.

The effect will be available for photos captured using the new Lumia 1520 or Lumia 1020 phones and using the new Nokia Camera app announced today. It’s a creative use of the oversampling technology that both phones support.

“There are many ways to capture a depth field,” Nokia’s phone chief, Jo Harlow, (EVP of smart devices) told us. “In 41MP or 20MP [the size of the 1520 sensor] we aren’t quite capturing a full depth field but we can push it with the data we have.”

Harlow said it was a case of waiting for the hardware to catch up with ideas Nokia had devised for the oversampling sensor that were on the drawing board. In this case, the camera can take several pictures at once.

Nokia also says it will support the export of RAW data from the oversampling sensors – just like real cameras do. Today, Nokia provides two JPEGs, whose compressed formatting can leave out a lot of the detail. However Nokia will now support export in the widely used DNG format, too. ®