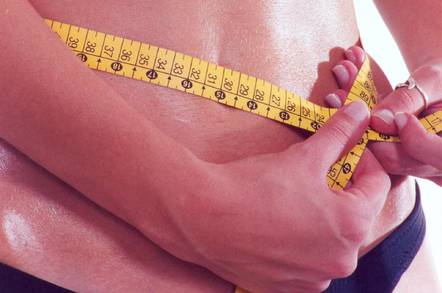 Our Low Orbit Helium Assisted Navigator (LOHAN) mission has just been served an extra slice of Raspberry Pi in the form of an all-singing, all-dancing balloon chase system.

Hydrogen helium head honcho and electronics wrangler Dave Akerman decided haring around the countryside in pursuit of mighty orbs would be a whole lot easier if he could rig a Pi to handle live vid feed and online chase car position updates, while presenting payload status on a 4.3″ folding display: 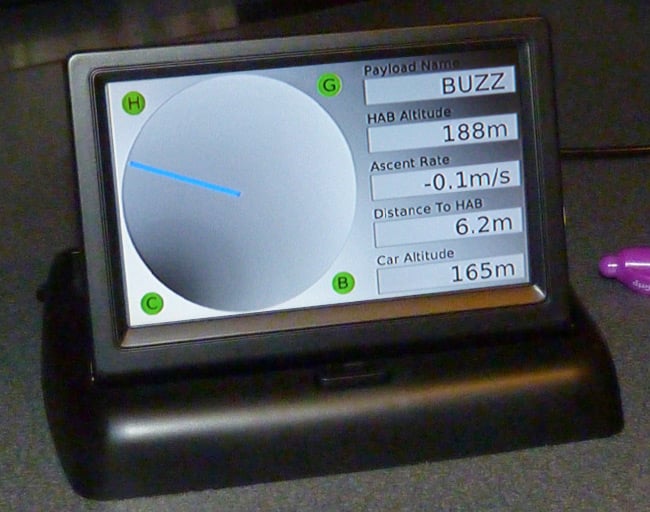 The screen is driven by a Model A Pi coupled to a 12V Micro USB adapter, UBlox GPS receiver, WiFi adapter and Raspberry Picam.

First up, the Picam replaces the traditional webcam to capture dramatic chase video, which is streamed via the WiFi adapter and the vehicle's MiFi dongle over the 3G network and straight to the splendid batc.tv.

The same connection takes the Pi's GPS data and posts the car's position live to spacenear.us.

Simultaneously, the Pi takes incoming data from the payload's radio transmitter, and throws the callsign, HAB (High Altitude Balloon) altitude ascent/descent rate and its distance from the chase car over to the display.

By comparing the HAB and vehicle positions, the system offers a simple compass showing where the balloon's at "relative to the direction that the car is headed".

Finally, and very handily, the display has four status indicators:

The advantages of the system are evident - pretty well all the essentials at a glance, and for very low power consumption. The one thing the Pi currently can't do is read the payload radio transmissions. This chore still requires a receiver connected to a laptop, but surely it's just a matter of time until Dave concocts a unit the size of a credit card to handle that, and perhaps drive the vehicle too while we kick back, suck travel sweets and enjoy the view.

With this latest set-up, LOHAN now boasts no less than four Pis. Two others run the payload Picam rig and Big Red Abort Switch To Release Aerial Payload (BRASTRAP) doomsday box, while we're going to mount another Picam in the nose of the Vulture 2 spaceplane.

Add those to BRASTRAP's airborne Arduino Mini Pro (forming an abort sandwich with the RockBLOCK Iridium satellite comms unit), the Special Project Electronic Altitude Release System (SPEARS) control board, Anthony Stirk's lightweight PAVA trackers, and the Vulture 2's Ardupilot Mega 2.6, and we've got more electronics than you can shake a cleft stick at. ®

Googlers fired after tracking colleagues working on US border cop projects. Now, if they had monetized that stalking...