HUMANS all come FROM AFRICA: HERPES does not lie 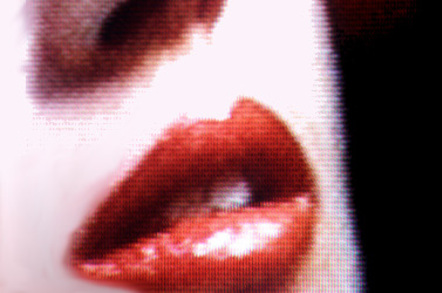 Many lotharios will agree that there's nothing attractive about a cold sore - but the virus behind this common affliction is proving very useful in tracing the migration patterns of early humans.

In fact, boffins have been able to analyse the DNA of the unsightly, lip-borne herpes simplex virus type 1 (HSV-1) to shore up the "out of Africa" theory of early human development.

Scientists at the University of Wisconsin-Madison were able to identify 31 different strains of HSV-1 in North America, Europe, Africa and Asia. The "stunning" result was that separate strains of the virus could be found on each continent.

This fact allowed the boffins to trace the pattern of human migration by analysing the relatively simple genome of HSV-1, which is significantly less complex than the human gene.

It's also pretty common as the virus is spread easily through saliva or contact with an infected piece of skin, and is a lifelong affliction.

Curtis Brandt, a professor of medical microbiology and ophthalmology, said: "The viral strains sort exactly as you would predict based on sequencing of human genomes. We found that all of the African isolates cluster together, all the virus from the Far East, Korea, Japan, China clustered together, all the viruses in Europe and America, with one exception, clustered together.

"What we found follows exactly what the anthropologists have told us, and the molecular geneticists who have analyzed the human genome have told us, about where humans originated and how they spread across the planet."

Researchers looked at the 31 different genomes and built a "family tree" for the HSV-1 virus.

What they found was was "clear support for the out-of-Africa hypothesis".

"Our results clearly support the anthropological data, and other genetic data, that explain how humans came from Africa into the Middle East and started to spread from there," Brandt added.

The study even seemed to back up the theory that human population of the planet was begun by a small group of pioneers who managed to cross the Sahara and escape the continent.

"There is a population bottleneck between Africa and the rest of the world. Very few people were involved in the initial migration from Africa," Brandt continued. "When you look at the phylogenetic tree from the virus, it's exactly the same as what the anthropologists have told us."

The results also seem to back up the theory of a land bridge over the Bering Strait, due to the fact that a Asian strain was found in Texas.

Which leads us on to an old joke. What's the difference between herpes and true love? Herpes is forever.

The study is called Using HSV-1 Genome Phylogenetics to Track Past Human Migrations and is published in PLOS ONE. ®

Hold up, ace. Before you strap into Firefox's latest Test Pilot, ask yourself...

How much do I trust Mozilla with my data?