Politicos call for bigger fines, FORGET about 'right to be forgotten' plea 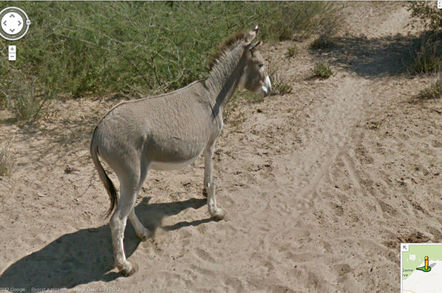 The lawmakers, in recent months, have been lobbying for tougher controls in the wake of the PRISM/NSA scandal.

The European Parliament said that politcos had "inserted stronger safeguards for data transfers to non-EU countries" in direct response to "mass surveillance cases".

At the same time, one of the major tenets of Reding's bill has been watered down. The commissioner's "right to be forgotten" online plea has been tweaked in recognition of the fact that it is very difficult to completely remove potentially offensive or upsetting material about an individual from the internet.

Instead, the bill now calls for "a right to erasure" - wording that perhaps better reflects how web outfits control such content that can be easily copied and shared elsewhere online.

Meanwhile, MEPs beefed up Reding's initial demand that internet companies that break the rules would face fines of up to 2 per cent or €1m of their global turnover, whichever was greater.

They are now calling on 5 per cent of a firm's annual global turnover or - for smaller outfits - a penalty capped at €100m.

Parliament now has a clear mandate to start negotiations with EU governments. The ball is now in the court of member state [28 countries] governments to agree a position and start negotiations, so we can respond to citizens' interests and deliver an urgently-needed update of EU data protection rules without delay.

It will now be scrutinised by member states and the European Commission with ambitious plans to get the legislation - intended to overhaul a 1995 law to make it "fit for the digital age" - approved by May next year, ahead of European Parliament elections.

Ad lobby group, IAB Europe, bemoaned the committee's amendments. The outfit's veep Kimon Zorbas said that the MEPs had "missed a critical opportunity to strike the right balance between the protection of European citizens’ fundamental rights to privacy and the promotion of innovation and growth. The European Parliament vote demonstrates just how detached Brussels is from commercial reality in Europe today".

While Google's global privacy counsel Peter Fleischer wrote a little story on his personal blog about two farmers bitterly feuding over the use of one donkey ... ®