Brown trousers time for some in antivirus industry 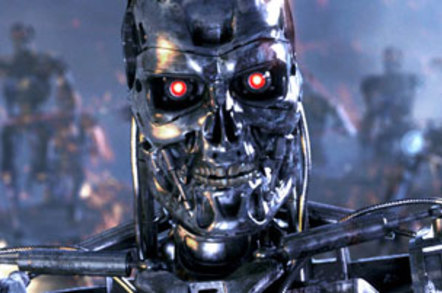 It's a bad day for the vulnerability scanning industry: DARPA has announced a new multi-million-dollar competition to build a system that will be able to automatically analyze code, find its weak spots, and patch them against attack.

Mike Walker, DARPA program manager, said that the challenge was to start a "revolution for information security" and said that today's detection software left much room for improvement.

"Today, our time to patch a newly discovered security flaw is measured in days," he said in a statement. "Through automatic recognition and remediation of software flaws, the term for a new cyber attack may change from zero-day to zero-second."

Teams have until January 14, 2014, to put themselves forward, then they'll be expected to come up with tech that can scrutinize and patch a system without any human intervention. Up to $750,000 in funding will be available to teams that have plausible designs for fixing security holes in a basket of commercially available software; early trials will take place this December to weed out weaker applicants.

The competition's final will be held in early to mid-2016. The submitted vulnerability scanners must automatically find and patch flaws in code in real-world conditions in order to win: a cash prize of $2m is waiting for the best-performing team, $1m for the loser, and $750,000 to console the runner-up.

The agency hopes its Cyber Grand Challenge will encourage the development of systems that mimic the abilities of programmers skilled in reasoning their way to finding code flaws. The security industry is still basing much of its work on reactive signature-spotting tech, DARPA said, rather than building heuristic programs that identify a problem before it becomes one.

“The growth trends we’ve seen in cyber attacks and malware point to a future where automation must be developed to assist IT security analysts,” said Dan Kaufman, director of DARPA’s information innovation office.

DARPA likened the competition to that which spurred the development of automatic vehicles nearly a decade ago. While that has certainly helped spur the automatic car industry, this new challenge may cause some problems for the vulnerability-scanning industry.

For the larger firms that have built a lucrative industry from signature-based scanning the announcement is a warning of tough times ahead. If someone does build a system capable of finding and patching flaws far faster than what's on the market then their industry is doomed.

On the other hand, for independent security researchers, things could be looking very good indeed. The cash on offer gives a strong incentive for novel approaches, and maybe some good will come of casting bread upon the waters, as Robert Heinlein suggested.

"Automated patching within seconds? Sounds like a great idea, and I can imagine it working well on the Starship Enterprise," security watcher and former Sophos specialist Graham Cluley told El Reg.

"However, in reality I suspect this would be a very difficult to achieve in a way which would win the confidence and trust of large businesses. Good luck to them - but I'm not holding my breath."

DARPA is not claiming any control over the technology demonstrated in the challenge, just the right to license it on reasonable terms. Non-US teams are invited to participate, subject to export laws and security controls.

Most of the self-driving car team that won that DARPA challenge ended up at Google on plush salaries, so some seriously talented security savant might face a seriously large payday that makes the agency's cash prize look paltry in comparison. ®