US can keep its colorful plastics mobes, sniffs planet 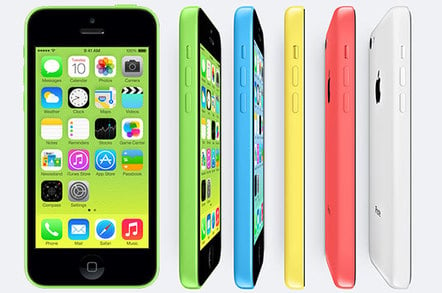 The latest sales data on Apple's iPhone 5c shows that US buyers are coming round to the cheaper handset, but the rest of the world is still giving it the cold shoulder and choosing the more expensive 5s model.

Market analysts Localytics has been tracking activations of the two handsets since their launch and the latest data shows that the ratio of 5s to 5c sales has dropped from 2.1 to 1.9 in the US market in the last week. 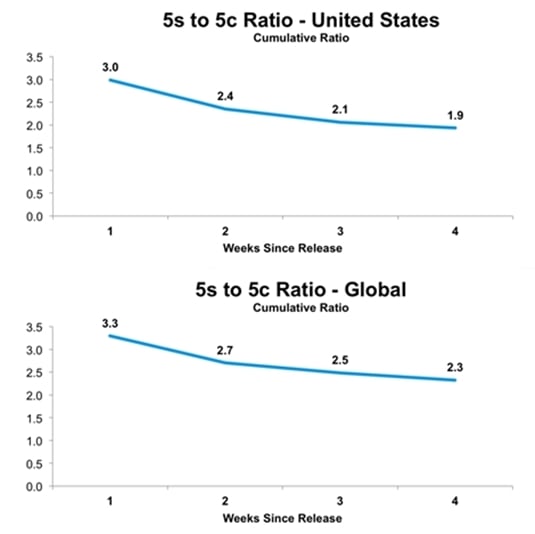 Does this make the US an 'emerging market'?

But as far as the rest of the world is concerned – and the 5c was billed as a cheaper handset for emerging markets – the 5s is still the way to go. In the same period the ratio of 5s to 5c activations is still a stubbornly high 2.3, down from 2.5 the previous week.

Localytics veep of marketing Bernd Leger told The Register that the $100 price difference between the phones doesn’t seem to have made that much of an impact. Sales of the 5s handset have been strong in all markets, but he suggested the rush of fanbois wanting the latest and greatest kit no matter what the price is now petering out and it's the 5c's turn to pick up sales.

"We'd expect the ration between the two to continue to decline," he said. "It probably won’t get to one to one but the ratio is falling."

Localytics has also been tracking the sales of Cupertino's fondleslabs and notes that the iPad mini is a small but respectable share of the iOS tablet market at 17 per cent. By comparison Google's similarly sized nexus 7 has 16 per cent of the Android market, with Samsung stealing the lion's share of sales.

This may change if, as is widely expected, Apple uses Tuesday's press conference to announce the launch of an iPad mini with a retina display, something many Apple fans have been asking for. That does depend on Apple having the supplies to sell the new mini in bulk, which is far from certain. ®