'Hmmm... that MacBook Air seems to have worked out well' 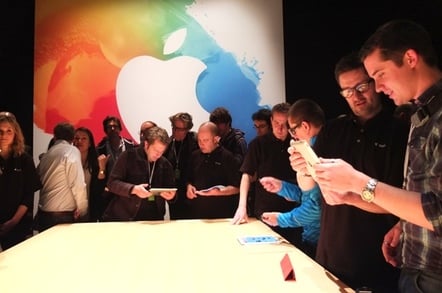 As expected, Apple refreshed its iPad lineup on Tuesday morning. Unexpectedly, it renamed its top-of-the-line 9.7-inch tablet to the iPad Air.

Seeing as how the MacBook Air has been one of Apple's most successful products in recent years, it's perhaps no surprise that Cook & Co.'s marketing folks decided to borrow some of that branding mojo for their latest iteration of the iPad.

The new Cupertinian fondleslab is smaller and lighter than its predecessor, with a reduced bezel size – 43 per cent thinner than the bezel on the previous version. It now weighs in at just 1 pound, down from the 1.4 pounds of the model it replaces. In addition, it's now 7.5 millimeters thick, down from 9.4 millimeters – a reduction of 20 per cent.

"The team has just been remarkable in finding every tenth and every hundredth of a millimeter from every level of the system, from the bezel to the multitouch surface to the display and battery and enclosure," he added, calling the slab the lightest full-size tablet in the world. 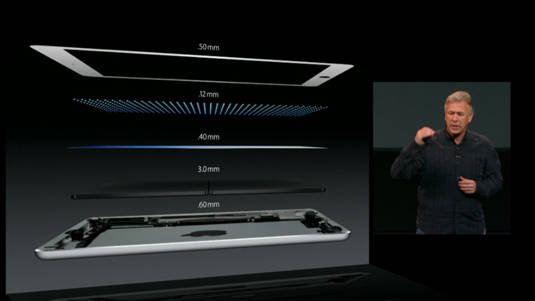 Wi-Fi has been upgraded to a dual-antenna MIMO implementation of Wi-Fi 802.11a/b/g/n – not 802.11ac – which Schiller promised will provide "up to twice as fast" 802.11n performance; Apple claims performance of up to 300Mbps. "We've also expanded the ability to have broadband wireless access in more places around the world with expanded LTE coverage," Schiller said, "with more and more carriers."

If you were hoping for greatly improved cameras, however, the iPad Air will disappoint. It still has a 5-megapixel ƒ/2.4 rear-facing iSight camera and a 1.2-megapixel front-facing FaceTime HD camera, as did its predecessor. The iPhone 5s, by comparison, has an 8-megapixel, ƒ/2.2 iSight camera. Schiller did claim, however, that the low-light performance of the iPad Air's FaceTime camera has been improved.

Despite rumors that a gold iPad was in the offing, the iPad Air will only be available in "silver and white" and "space grey and black" – that much gold bling, in our opinion, would have been too much for even the most "look at me" fanboi. 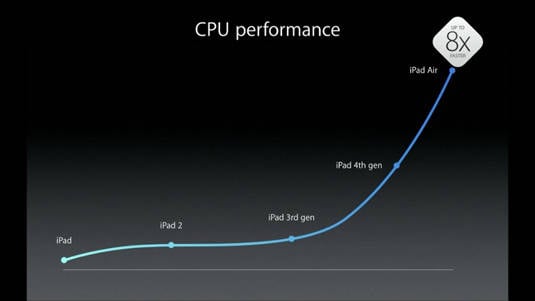 The original iPad was known for it's 'tap and wait' performance lag; the iPad Air promises improvements 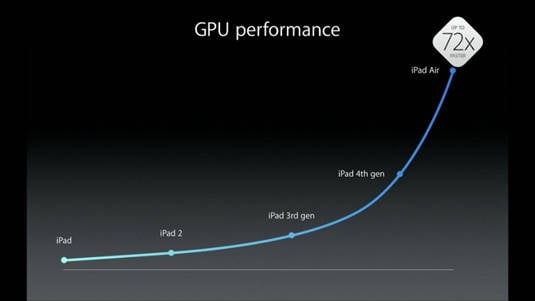 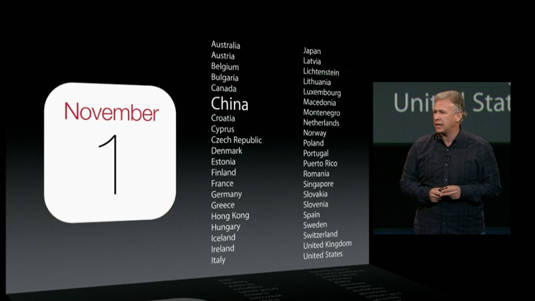 Latvians, Liechtensteiners, Lithuanians, and Luxembourgers take note: you have not been forgotten

"This is probably out biggest leap forweard in a full-sized iPad," Schiller opined. Whether or not the market agrees will be discovered in the coming months, but from where we sit the improvements are far from Earth-shattering though welcome, especially the weight reduction and improved performance.

As for the camera? We've always thought that taking photos or videos with an iPad was, well, more than a wee bit silly. ®