Intelligence and Security Committee chairman says 'balance to be found' 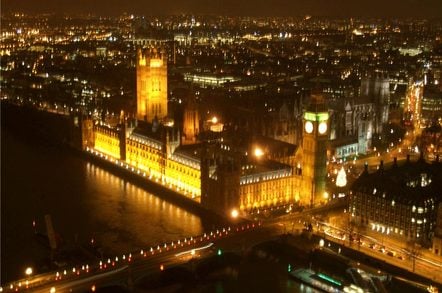 Parliament's intelligence services watchdog is to hold an inquiry into whether or not UK surveillance laws need updating in light of Edward Snowden's revelations into GCHQ's activities.

The Intelligence and Security Committee (ISC) will also consider the impact on personal privacy of intercepting people's communications as part of a widened investigation into snooping.

The committee of seven MPs and two Lords cleared GCHQ of any wrongdoing over its use of data harvesting by the NSA's PRISM programme back in July. The select committee has since decided that a wider examination of surveillance laws is needed.

"Although we have concluded that GCHQ has not circumvented or attempted to circumvent UK law, it is proper to consider further whether the current statutory framework governing access to private communications remains adequate," a statement by the Committee issued on Thursday explains.

Belgacom partners with Swisscom and South Africa’s MTN through a joint venture called BTN to provide wholesale carrier services to mobile and fixed-line telcos around the world, including trouble spots such as Yemen and Syria, a factor that goes a long way to explaining GCHQ's apparent interest in rooting around Belgacom's systems.

The ISC's upcoming review will cover the "legislative framework governing the intelligence agencies access to private information" as well as a "broader inquiry to examine the appropriate balance between privacy and security in an internet age".

In particular the lawmakers are looking to consider the "complex interaction between the Intelligence Services Act, the Human Rights Act and the Regulation of Investigatory Powers Act, and the policies and procedures that underpin them".

The chairman of the ISC, Sir Malcolm Rifkind MP, explained in a statement (PDF): "The Intelligence and Security Committee of Parliament announced – as part of its statement on PRISM, issued in July – its intention to do further work on the legislation which governs the security and intelligence agencies' access to the content of private communications, including to determine whether the relevant Acts of Parliament are still 'fit for purpose' given the developments in information technology since they were enacted."

The outcome of Rifkind's review is likely to favour leaving the UK's surveillance laws as they are, or even strengthening them, as the ISC chairman has previously defended GCHQ from criticisms over its indiscriminate data capture programmes.

In recent months concern has been expressed at the suggested extent of the capabilities available to the intelligence agencies and the impact upon people’ s privacy as the agencies seek to find the needles in the haystacks that might be crucial to safeguarding national security. There is a balance to be found between our individual right to privacy and our collective right to security. An informed and responsible debate is needed. The Intelligence and Security Committee of Parliament has therefore decided to broaden the scope of its forthcoming inquiry to consider these wider questions, in addition to those relating to the existing legislative framework.

The select committee is inviting written submissions ahead of its hearing, some of which it expects to hold in public at an as-yet-unspecified date. The ISC will also consider classified information during closed sessions.

A separate inquiry by the parliamentary select committee is investigating events surrounding the murder of soldier Lee Rigby in Woolwich, southeast London, on 22 May.

In particular the committee is looking into the actions of the security and intelligence agencies in relation to the two suspects in the murder, who remain held on remand pending a trial due to take place next month. ®