Ubuntu 13.10 lands on desktops, servers and (er, some) phones 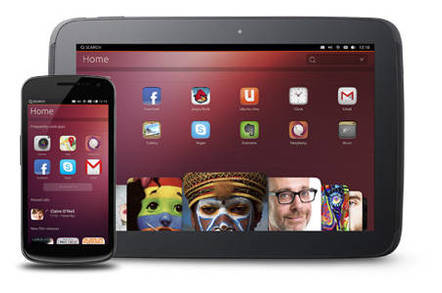 As had been foretold, Canonical on Thursday announced the release of Ubuntu 13.10 in flavors for desktop PCs, servers, and mobile devices, going as far as to describe the new version as "a milestone in computing history."

In truth, that might be over-egging the pudding a bit. In an email to The Reg, a Canonical spokesman stressed that we shouldn't think of Ubuntu 13.10 as a consumer-ready mobile OS, but rather "the first stepping stone on that journey which is aimed at developers, OEMs, silicon vendors, carriers and more technically-minded enthusiasts."

Canonical has been working with hardware makers, carriers, and developers to bring Ubuntu-based smartphones to market in 2014, and it says it's still on track with that plan, but so far what Ubuntu has to offer on mobile devices is pretty bare-bones.

At present, it's only officially supported on unlocked Samsung Galaxy Nexus and Google/LG Nexus 4 phones, and even then, Canonicals's website says it's for evaluation purposes only and "can potentially brick your device."

Still, Ubuntu 13.10 does include the first batch of Ubuntu community-built mobile core apps, and it's the first release to ship with the full Ubuntu SDK, which includes tools for building mobile apps using either HTML5 or native code.

It also comes with Mir, Canonical's replacement for the hoary X Windows System graphics layer, that's meant to unify Ubuntu's user interface across desktops and touch-centric devices. But it's only installed by default on mobile devices, after the Ubuntu engineers determined that it didn't meet the "current quality feature set" they had defined for the desktop.

Otherwise, Ubuntu 13.10 brings the usual raft of fixes, updates, and minor new features that you'd expect of a new Ubuntu version. On the desktop side, beyond the typical under-the-hood updates, that mainly means it includes a few more "Smart Scopes," Canonical's name for the search widgets that plug into the Ubuntu Dash.

Per usual, the Desktop, Server, and Cloud versions of Ubuntu 13.10 are available from Canonical's download site beginning on Thursday. To install Ubuntu on a mobile device, you'll want to follow the detailed instructions here (and if you don't know what you're doing, you'll realize it right away).

If you're thinking of deploying Ubuntu in a production setting, however, you might want to wait until the next release, Ubuntu 14.04 LTS, due in April 2014. Unlike Ubuntu 13.10, that version will be a Long Term Support release, which means Canonical promises to support it for three years on the desktop and for five years on servers. Leave the "milestones in computing history" to the hackers. ®