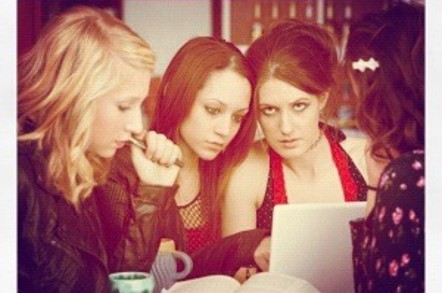 Facebook has once again tweaked its privacy settings, so if your teenagers use the social network, it could be time for you to sit them down for a little talk.

From Wednesday, Facebook users aged 13 to 17 will have the option to set the audience of their posts to "Public," meaning anyone can see them.

That's something they couldn't do before. Older users have always been able to broadcast their daily inanities to world+dog, but teens were restricted to sharing their posts with "Friends of Friends" or even just "Friends."

And teens will be able to switch on the social network's "follow" feature, which allows their public posts to show up in other people's timelines – including people they don't know.

According to Facebook's press release, the changes are being made to made to keep Facebook competitive in the social media market, a widening field that now includes not just traditional websites but also mobile competitors such as WhatsApp and BlackBerry Messenger.

"Teens are among the savviest people using social media, and whether it comes to civic engagement, activism, or their thoughts on a new movie, they want to be heard," Facebook's announcement states. "While only a small fraction of teens using Facebook might choose to post publicly, this update now gives them the choice to share more broadly, just like on other social media services."

While a certain segment of teens will be thrilled with the change, however, some parents are sure to be appalled at the thought of nameless online pervs stalking their kids – not to mention what their gregarious teens' online records may look like once it's time to apply for college.

But Mark Zuckerberg and Co have made at least a couple of nods toward improving teens' privacy. For one thing, underage Facebook users will be shown additional confirmation dialog boxes when they try to post things publicly, so they won't broadcast anything by mistake.

What's more, where previously teenagers who signed up for Facebook had their posts automatically limited to "Friends of Friends," going forward it will default to the narrower "Friends."

That won't keep them from changing it to a more public option, of course. Nor will it keep them from signing up for Facebook access the old fashioned way – lying about their age – which a recent study found was the norm for about 80 per cent of kids who use social media. ®