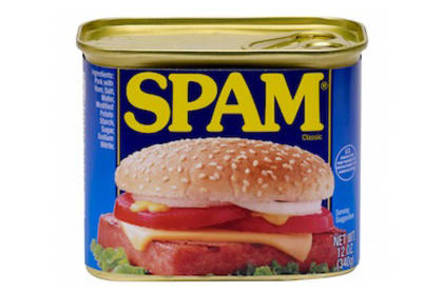 GPs will no longer carry the sole burden of telling patients that their medical records will be shared across the NHS, after it was confirmed today that millions of households in England will receive a leaflet explaining the controversial plan.

NHS England has splurged £1m on what one critic described as a junk mail drop, which is expected to happen in January 2014.

It comes after national health bosses originally said in the summer that they would not spend any money on publicising Health Secretary Jeremy Hunt's so-called care.data proposals.

Instead, the onus had been pushed on to GP surgeries to inform patients of the planned data-sharing initiative.

Under the scheme, the Health and Social Care Information Centre (HSCIC) is having to laboriously collect patient info from GP practices and then link it with hospital data it already stores.

Earlier this year, Hunt promised The Register that the 750,000 patients who had previously declined to have their info stored in the much-ridiculed Summary Care Records would be "respected" under his new care.data plan.

But those individuals are now being told to talk to their GPs about opting out.

Meanwhile, the leaflets – which will cost each household in England about eight pence – are expected to "clearly set out how peoples' information will be used and their right to object if they have concerns," the NHS said.

The system is designed to be extremely secure, with a suite of safeguards to protect confidentiality. But we know not everyone will feel comfortable and we want to make sure they know they have the right to say ‘no’. Patient confidentiality is non-negotiable.

Some critics of the scheme have warned that data mishaps and security blunders could lead to patient records ending up in the wrong hands, while others have questioned how private companies involved with the system might make money from the data, even if assurances are in place about anonymised storing methods.

This point was not lost on the chair of the HSCIC, Kingsley Manning, who said that "public support and understanding" was key to care.data being a success.

However, the NHS has been slammed for how it plans to tell patients about the scheme, with one critic telling El Reg that it is "junk mail consent for the biggest medical data grab in history."

Hampshire-based GP Neil Bhatia said that the HSCIC was now trying to obtain implied consent from folk living in England by only mailing the householder rather than named individuals.

He added that many people who get such post through their letterboxes simply ignore it, or chuck it away.

Worse still, Royal Mail states that people who have opted out of receiving "unaddressed mail" will only receive mailshots from government bodies under "exceptional circumstances".

Bhatia, speaking from experience, claimed it was simply wrong to use such a method to try to inform patients of the latest NHS data-sharing plans.

Remember the Hampshire Health Record? The massive medical database that was the precursor to the Summary Care Record.

The Department of Health later admitted - after its failure to raise awareness of its plans in Hampshire - that mailshots were not an effective way of telling patients in England about changes to how their data is stored.

In south west Hampshire alone, Bhatia told us that patients records are now being processed on three big databases - the SCR, the HHR and care.data. It remains up to those individuals to opt out from having their information stored.

"Opt-out, assuming you are aware of the databases, understand them and realise how to opt out," he said. "Unfair for patients - in every sense of the word." ®