Krzanich: NO new Intel 14nm Broadwell chip for YOU, world, until 2014

Slow is the new agile 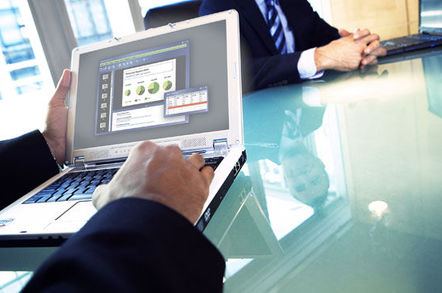 One of the biggest tasks that Intel CEO Brian Krzanich has set himself is reconfiguring Chipzilla so that it's quicker to build and deploy new products.

So it's a pity he has had to delay the rollout of 14-nanometer Broadwell processor chips until the first quarter of next year due to problems with quality control.

"It's simply a defect density issue," Krzanich said of the silicon issues. "As we develop these technologies, what you do is continually improve the defect densities and they result in the yield, the number of dies per wafer.

"What happens is you insert a set of fixes in groups – sometimes six or seven – into a process and run it through and you expect an improvement rate. Occasionally, as you go through, the fixes don’t deliver all of the improvements you expect. We've gone back now and added additional fixes and now have confidence the problem is fixed because we have data that it is fixed. It happens sometimes in developments like this."

In a call to analysts after the release of the firm's latest quarterly results Krzanich said he wanted to speed up Intel's production and design responsiveness so that the company could react faster to changing market conditions, potentially making changes in products up to three months before they ship without harming quality.

Intel was responding well to the changes he said, but the company was still a year or 18 months away from where Chipzilla has that kind of flexibility, according to Krzanich.

With regards to the market in general Krzanich and Intel's CFO Stacy Smith reported that overall the signs for Intel were good, and that the company is increasing the diversity of its product offerings to move away from its core PC and server business.

Chipzilla's "cloud revenues" (their words) are up 40 per cent on the previous quarter; high-performance computing was up 27 per cent; storage was up 20 per cent; and embedded systems revenues are up 21 per cent. Intel's product portfolio was more diverse than at any point in its history, Krzanich said.

As for its traditional PC business Smith predicted that consumer sales in Europe and North America have bottomed out and the company is expecting growth again in the coming quarters, while enterprise sales are picking up. Sales in Asia and emerging markets were described as "volatile."

On Bay Trail, Krzanich was bullish. The company said 50 designs are being manufactured using the Atom processor blueprints, around half of which are hybrid laptop/tablets. Now that the cost of touchscreens has fallen to around $50 he said there would be $299 Bay Trail laptops in the shops by Thanksgiving, with up to 10 tablets using the processor, most of which are using Android as an operating system. ®