'A great success story for the open source methodology' 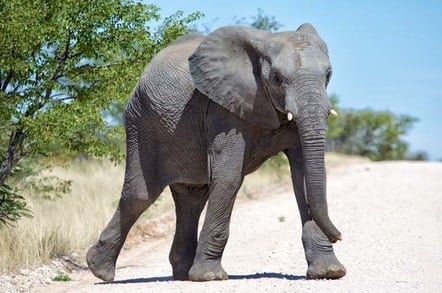 The Apache Software Foundation has branded the data analytics Hadoop platform with version 2 and sent the Elephant-logoed system stampeding out into the wild.

The second version of the open-source technology comes with a refreshed compute engine via the YARN data processing and service engine, and the addition of high-availability features for the Hadoop File System (HDFS).

Though the HDFS upgrades have been available in some Hadoop distros, such as Cloudera's, for a year, and YARN has been supported by companies such as Pivotal for six months or so, Apache's general-availability (GA) branding for this version should give users of the data muncher 'n cruncher more confidence.

"What the GA release allows users to do is now assume those user-facing APIs and protocols of YARN are now stable and are not going to change until the next major revision of Hadoop, and that makes people more comfortable about building apps and using those APIs," Milind Bhandarkar the chief scientist for VMware-spinoff Pivotal, told The Register.

YARN brings with it big changes in how the compute component of Hadoop (MapReduce) slices and dices and reforms processing tasks, because YARN splits the job tracking component of MapReduce into two distinct parts: the resource manager, and application master.

This makes it easier for data wranglers to run tasks such as MapReduce or Storm side by side, along with data services such as HBase.

"What it lets happen is other workloads that aren't MapReduce can now share resources with MapReduce much more effectively," Hadoop co-creator Doug Cutting told El Reg. "These other systems can now be dynamically sharing resources, and resources can be prioritized."

This approach takes some influence from the Apache project "Mesos" cluster management system, along with Google's secretive Borg and Omega projects, both Cutting and Bhandarkar admitted.

"I would say that the Borg/Omega frameworks are on one hand more low-level framework for resource allocation and resource management," Bhandarkar says. "On the other hand they are still much better at data center wide scale than what YARN can do."

What YARN does for Hadoop is turn it more into a crude platform for running a bevy of data-oriented applications and services, which helps transform the Hadoop system from a glorified data cruncher into a software ecosystem with the traits of a full-fledged data center operating system, Cutting says.

"YARN opens up the distributed processing capabilities of Hadoop to be more customizable and extensible than the original implementation purely focused on MapReduce," James Watters, the head of product at Pivotal's Cloud Foundry divisions, told us.

Another feature to come with Hadoop v2 is HDFS Federation, which lets a single HDFS have multiple namespaces in a cluster. This increases the availability of the system as a whole by isolating different apps from one another, and boosts file system throughput by eliminating the single namenode bottleneck, according to an Apache FAQ.

Cutting foresees a bright future for Hadoop, and is surprised by how far the Elephant has traveled since its birth at Yahoo! in the early-2000s in response to the publication of Google's MapReduce and GFS papers.

"It really is emerging as an operating system for data centers that can support a wide range of applications - that's something I didn't imagine right off," Cutting said. "My confidence in open source as the best way to get technology out and adopted has increased watching this." ®