Nations should be on equal footing with Uncle Sam, say web overseers 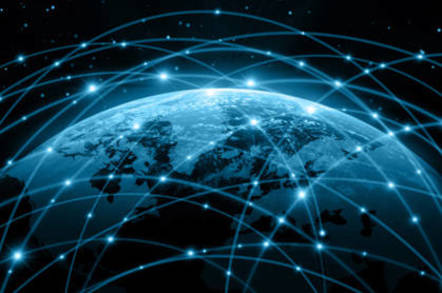 The nine men and one woman who guide the growth and development of internet standards and practices have delivered a stinging rebuke to the US hegemony of the transnational "series of tubes" – and have called for its management to be wrenched away from America's grip and fully internationalized.

After a meeting in Montevideo, Uruguay, the internet heavyweights issued a statement that, in part, "expressed strong concern over the undermining of the trust and confidence of Internet users globally due to recent revelations of pervasive monitoring and surveillance."

Guess what country's "pervasive monitoring and surveillance" they're referring to? Yup, the good ol' US of A and its all-seeing National Security Agency.

The ten signers of the statement are the directors of organizations whose opinions matter: the Internet Corporation for Assigned Names and Numbers (ICANN), the World Wide Web Consortium (W3C), the Internet Architecture Board (IAB), the Internet Engineering Task Force (IETF), and the Internet Society (ISOC), plus all five of the globe's regional internet-address registries.

An expression of concern is one thing, but more importantly the 10 suggest a solution, calling for "accelerating the globalization of ICANN and IANA functions, towards an environment in which all stakeholders, including all governments, participate on an equal footing."

Such an internationalization won't happen tomorrow – after all, the US has been in the internet driver's seat for decades. But you've got to start somewhere.

According to the IGP, he asked "the president [of Brazil] to elevate her leadership to a new level, to ensure that we can all get together around a new model of governance in which all are equal."

Equal to one another and the US? How cheeky. ®

As the IGP points out, "underscoring the global significance and the determination of the group to have a global impact, the Montevideo statement was released in English, Spanish, French, Arabic, Russian and Chinese."