Computer Chess: Geek, gaming and retro-tech movie of the year

‘The chessboard is the world, the pieces the phenomena of the Universe’

The Meaning of Life

And so too Bujalski’s own baby: the movie itself is an artificial organism, progressing from its early, wobbly shots into upright stability. There are occasional moments when it stutters, gets momentarily bright or suddenly dark, but at last it’s there: a brief sequence in which the film breaks out of black and white and into an Instagram retro colour. But enlightenment or adulthood is short-lived. We’re soon back to the monochrome world of the tournament’s endgame and, shortly, the film’s finish.

Artificial intelligence has its limits. The film runs out, the plug gets pulled. Or, as happens here, Tsar is left next to an open window and then wrecked when the rain comes in. Did Riester leave it exposed deliberately? 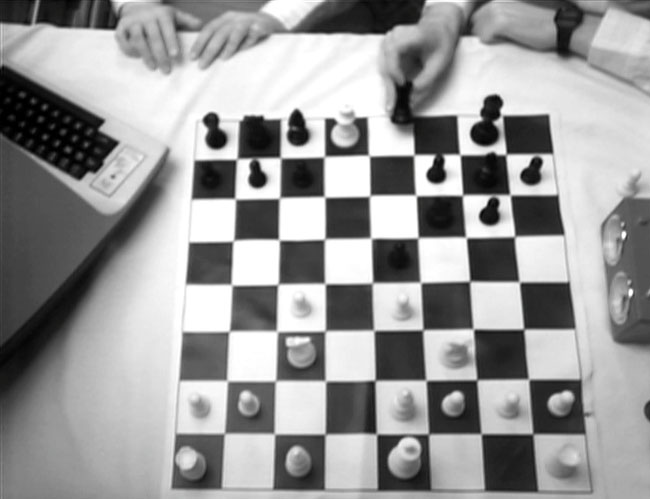 ‘The chessboard is the world, the pieces are the phenomena of the Universe, the rules of the game are what we call the laws of Nature’ - Thomas Huxley

Natural intelligence clearly has boundaries too. It can foster irrational fears of silicon rivals. Life can seem to become stuck in a programmatic loop out of which you can’t break. Human interaction can sometimes seem like a series of moves, not all of them rational, on a chessboard.

Bujalski makes play with all of these notions, but never without the smile on his face of a father - which he recently became - watching the innocent foolishness of a child. This is no ponderous examination of the human condition. It’s a light, affirming and as surreal as life itself can be: the unnamed, low-budget motel in which the tournament takes place is home to a clutter of cats, something you might well have seen in an era before the hospitality business became all about corporate homogeneity.

Papageorge is forced to wander the corridors at night, the motel having lost his reservation. How did we manage before computers were invented? He’s eventually taken pity upon by the nighttime receptionist and given a room to which he immediately invites the hotel’s silent, mysterious hooker - only to find it full of allergy-inducing moggies.

You got the wrong pussy tonight, Michael. 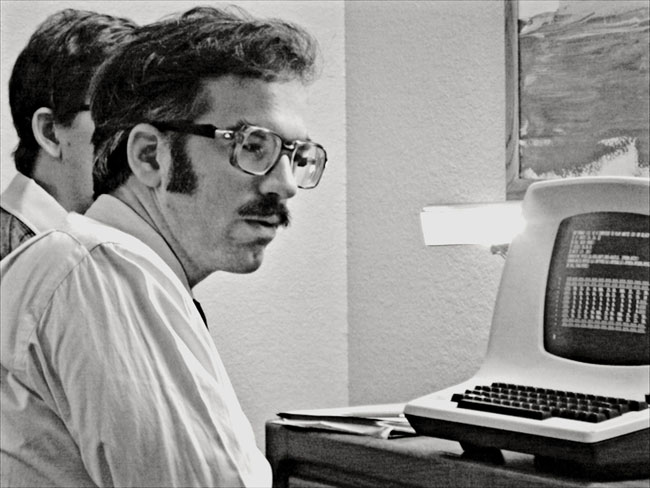 Bujalski gets spot-perfect performances from all of his cast, almost none of whom are professional actors. Two are app designers; a third writes books about film; another is an arts journalist; one is a playwright. Not one of them puts in a duff performance.

Computer Chess - you’d never think you could make as entertaining, funny and engaging a movie about computers or chess, as this one is about both. Thoroughly recommended for nerds - computer, chess or retro-tech - and non-nerds everywhere. ®

Computer Chess opens in the UK on 22 November through Eureka! Entertainment. Certificate TBA. Check out the trailer here. It’s on this weekend at the BFI London Film Festival.