And it bags another legal win, this time in Boston 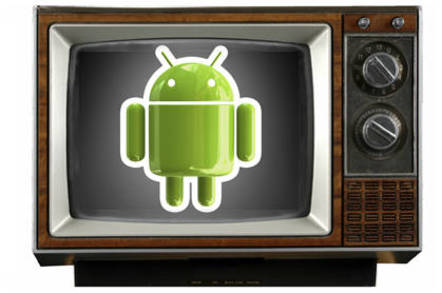 TV-streaming subscription service Aereo is about to launch a public beta of an Android app that will allow fandroids to watch its controversial service - one that's roundly hated by television broadcast giants.

"We know consumers have been waiting a long time for an Aereo Android app and today, we're happy to announce its release later this month," Aereo founder and CEO Chet Kanojia [PDF] said in a statement – later this month meaning Tuesday, October 22.

Aereo allows its subscribers to circumvent cable fees by giving them each a tiny TV antenna about the size of a dime; customers use that antenna to pull free broadcast TV out of the aether and store that material in cloud-based digital recorders from which subscribers can stream it on demand.

Needless to say, media giants aren't happy with that arrangement as it eliminates the retransmission fees they extract from cable carriers. In March 2012, NBC, ABC, CBS, and Fox requested a court injunction to shutter the service in the New York metropolitan area, Aereo's launch site.

That effort, however, came to naught in April of this year when the New York Second Circuit Court of Appeals turned down a request by the four goliaths, and a total of 17 television stations, to overturn an earlier loss in the courts.

At the time of that ruling, Kanojia said it sent a "powerful message that consumer access to free-to-air broadcast television is still meaningful in this country and that the promise and commitment made by the broadcasters to act in the public interest in exchange for the public's spectrum, remains an important part of our American fabric."

Aereo took off before that ruling, and has expanded its service to Salt Lake City, Atlanta, Dallas, Houston, New York, Miami, and Boston, with 20 more US cities in the works.

The lawsuits didn't stop, however. This July, broadcasters asked a US court to revisit the case, and at least issue a temporary injunction to shut down the service until further lawsuits were settled. The court, however, refused.

This Thursday, the broadcasters lost another legal round when the Massachusetts district court denied a motion by Hearst Stations for a preliminary injunction against Aereo's Boston service while its case is being litigated. "Hearst fails to make a sufficient showing that it is likely to prevail on any of [its] claims and therefore this factor weighs against a preliminary injunction in its favor," the presiding judge said in his opinion.

Meanwhile, Aereo continues to grow, and the number of platforms on which it is available expands as well. The service is supported on a wide range of devices. Browser support includes Firefox 11.0, Safari 5.0, Opera 12.0, and IE 9 or better, plus the latest version of Chrome. Operating systems include iOS 4 or better, and TV-box support includes Roku with firmware version 3.0 or better and AppleTV via AirPlay; support for the Kindle Fire is "coming soon."

And beginning on October 22, the vast army of US Android users will be able to pay Aereo's standard fee of $8 a month for the streaming service plus 20 hours of DVR capacity, or add another $4 to upgrade to 60 hours and gain the ability to record two shows at once.

But of course, this being the litigious US, don't expect broadcasters and TV stations to roll over and simply accept this new form of competition. More legal wrangling is inevitable. ®