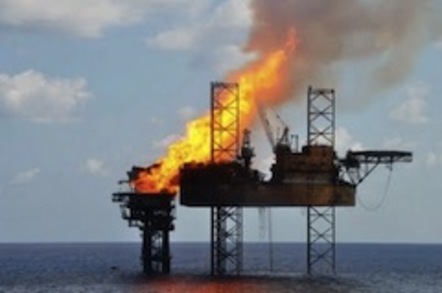 Nokia can't get off its burning platforms fast enough. The company has told developers it will block its Symbian and Meego app stores from accepting new software or updates from 1 January next year.

This has dismayed developers, who thought Nokia's commitment to Symbian ran until 2016.

Tens of millions of Symbian devices remain in users' hands – and Nokia says it will continue to push out patches to these punters. But the decision to axe support from its ecosystem doesn't quite fulfil the promise. Elop said shortly after announcing Nokia's switch to Windows that Symbian would be supported "until 2016" [Chinese lang].

Here's the meat of the memo that developers received:

However, starting January 1, 2014, you will no longer be able to publish any new content or update existing content for Symbian and MeeGo.

Users will still be able to download, install and pay for apps individually from developers, using handy curated sites like Steve Litchfield's apps list or ThemeBox, and transferring them via a PC. But the huge conveniences of discovery and integrated carrier billing will not be available to new apps.

Nokia ran down most of its Symbian operation sooner than it had anticipated, as sales fell off a cliff. It outsourced the work to Accenture in 2011, which spun out regular (and quite significant) updates to the final Symbian phone, the 41-megapixel 808 PureView.

Nokia's mobile phones division is being sold to Microsoft, pending shareholder approval. We can only surmise that someone forgot about Elop's commitment during the Nokia-Microsoft negotiations, and it fell through the cracks. ®