Apigility lets devs lasso APIs and keep them in check 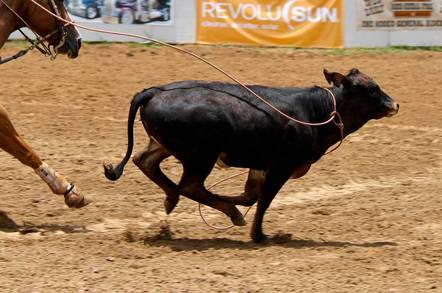 The Apigility software was announced at Zendcon in Santa Clara, California on Tuesday, and sees the company try to let devs lasso APIs via an open source software package that deals with some of the trickier parts of API management: versioning, error handling, and so on.

The tool is designed as an "API builder", Gutmans explained, that handles validation and filtering, content negotiation, version control, and error handling.

Apigility should verify things like whether data submitted to an API is an acceptable content type, or whether each client is capable of viewing an application. When errors happen on the server-side, the technology can report back the issues to the programmer to help with debugging. The software is hosted on Github and available to download.

Though many applications today have few APIs and are built in a more monolithic manner, Zend is betting that the future is in modular, decomposed apps that shuttle data among one another via discreet APIs.

The idea is that this makes it easier to upgrade complex applications while avoiding downtime, and can make it simpler for developers to build apps whose properties change according to the devices on which they're being used.

"We assume a lot of the new applications are going to be built this way," Gutmans says. "We have a lot of ideas on how we can help companies that have these API architectures." ®