Tech Data: Computer 2000 brand taken out back and shot...today 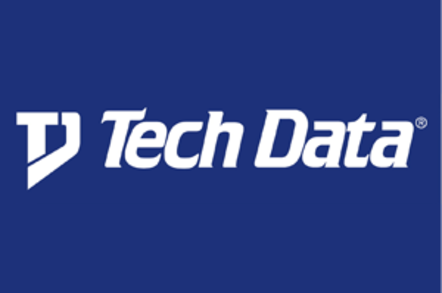 The Computer 2000 brand is to be retired from today as the UK arm of Tech Data adopts its parent's name tag.

The timing is interesting, given that C2000 – or the company formerly known as C2000 – is the subject of an ongoing investigation into vendor accounting improprieties.

This is a precursor to the SDG business, acquired by Tech Data in summer 2012, being folded into the wider UK operation, he added.

"The name change brings the integration of SDG into the business a stage closer: C2000 and SDG will come together under the name of Tech Data, supported by its collection of specialist divisions – Azlan, Datech, Maverick, Triade and Tech Data Mobile.

Obviously the change in brand has no impact on company registration, business address or VAT number, so trading conditions remain the same, apart from orders and payments to vendors which will now be branded Tech Data.

Customers – both vendors and channel partners – should update their systems as soon as possible, Hubbard added in the note, though deliveries and invoices addressed to C2000 will be accepted for the "coming months".

"Vendors working with the SDG businesses of ETC, ISI and IQ-Sys will continue to trade with SDG in the same way until the business is integrated into Tech Data, at which point we will work with you to ensure a seamless transition into the Tech Data systems," he said.

In a statement sent to The Channel, Hubbard described the rebrand as an "an important milestone" for the UK biz.

Tech Data acquired C2000 in the '90s – but the a security distie called "Tek Data" was already operating in the UK, which was thought to be the reason Tech Data chose to retain the C2000 brand. Tek Data was acquired by Micro P in 2007 and now trades as Micro P Security.

In March, Tech Data revealed it was investigating anomalies in the books of its UK subsidiary after discovering vendor accounting errors. The distie warned it may be forced to restate multiple year profits, potentially wiping up to $33m off the bottom line.

External auditors and European CFO Marco Preda descended on UK HQ in Basingstoke, and four staffers in the finance department were suspended amid the probe.

Tech Data has yet to file its fiscal '13 results, and the numbers for the first two quarters of fiscal' 14 – meaning it is out of compliance with NASDAQ regulations, and faces being de-listed.

It has requested a panel hearing with the folks at NASDAQ to seek an extension so that it can get its accounts up to date and filed with the SEC by March. ®

Enterprise is the new green among programming retreats

Anyone else find it weird that the bloke tasked with probing tech giants for antitrust abuses used to, um, work for the same tech giants?

Comment No, of course not. It's all perfectly fine