Microsoft: We're nearly OUT OF STOCK of Surface 2 and Pro 2

'No way they're gathering dust this time, honest!' 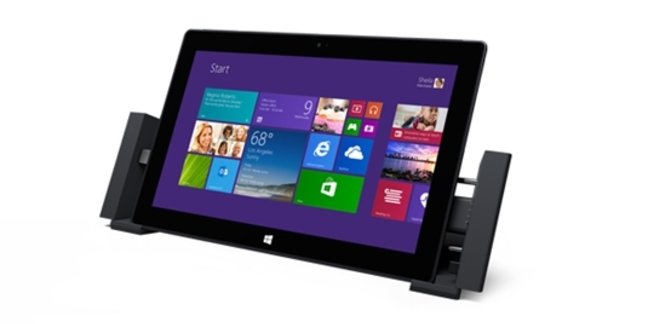 Microsoft says it is nearly out of stock of its forthcoming Surface 2 and Surface Pro 2 fondleslabs, though what that means in terms of actual sales figures is anybody's guess.

Surface 2 and Surface Pro 2 are close to selling out. All those buyers are gonna need apps. Your move: http://t.co/YGWmjklfuB

Redmond made the claim on Friday via its official Twitter account for developers, adding that "all those buyers are gonna need apps" – an exhortation for more developers to start coding for Microsoft's poorly received new apps platform.

A quick jaunt to Microsoft's US online store suggests that some customers may indeed need to start queuing up to receive their tablets. The official release date for both the ARM-powered Surface 2 and the Intel-powered Surface Pro 2 is October 21, but Microsoft now says new orders of the Surface 2 model with 64GB of flash storage won't ship until October 25.

Surface Pro 2 configurations with beefy storage won't ship until even later. The 64GB and 128GB versions are still slated to go out on October 21, but customers who order the 256GB and 512GB versions will have to wait until October 29.

Things look a bit better in Blighty. All models of the Surface Pro 2 will still ship to UK customers on October 22, but the 64GB Surface 2 has been pushed back to October 29.

Mind you, this could all very easily be a bit of smoke and mirrors on Microsoft's part. When the original Surface Pro launched in February, there were similar rumblings that retailers were running out of stock. But reports from the channel suggested that this had more to do with Microsoft only shipping the devices in limited numbers than with rampant customer demand.

And by now we know that however difficult it may have been for customers to get their hands on the original Surface RT, that model never sold out. Not even close – in fact, Microsoft took a $900m charge on its unsold inventory.

Microsoft may also be distorting presale estimates for Surface 2 by making early volume sales to business customers. On Tuesday it announced that it had sold 11,000 of them to Delta Air Lines for use by its flight crews, which is one way to run out of stock.

But however you slice up the numbers, Redmond desperately needs to sell far more of its second-generation fondleslabs than it did of the first batch. On Thursday, a financial filing revealed that Microsoft's board of directors had reduced outgoing CEO Steve Ballmer's 2013 bonus, owing to "the challenging PC market coupled with the significant product launch costs for Windows 8 and Surface."

If Surface 2 turns out to be a repeat performance, this hack won't envy whichever exec ultimately steps in to fill Ballmer's shoes. ®