Homegrown hardware to ship with a mix of Intel, Nvidia parts 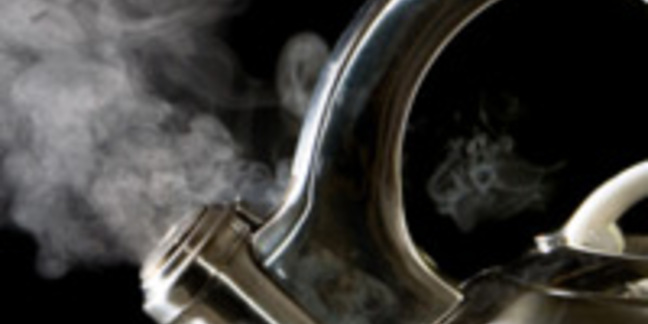 Valve has revealed details about the hardware that powers its prototype Steam Machine gaming consoles, though it cautions that future commercial devices could have specs that vary considerably from the initial models.

The games publisher announced its plans to enter the console business last week, including that it would kick off its efforts by seeding 300 prototype units to select users of its Steam online gaming platform. On Friday, Valve's Greg Coomer published a blog post describing what those lucky gamers can expect to receive.

Rather than delving into custom chips and the like, Valve has opted to build its prototype boxes from off-the-shelf PC parts, including Intel CPUs and Nvidia GPUs.

The machines won't all ship with the same configuration. Instead, Valve appears to be testing a number of different setups to see which designs its customers respond to best. What's more, these early reference systems won't be the only types of Steam Machines once Valve's partners begin releasing their own hardware.

"Some of those companies will be capable of meeting the demands of lots of Steam users very quickly, some will be more specialized and lower volume," Coomer wrote. "The hardware specs of each of those machines will differ, in many cases substantially, from our prototype."

For this first round, however, Valve's prototypes will ship with a mix of Intel Core i7-4770 and i5-4570 CPUs, plus some with an unnamed Core i3 part. Coomer didn't say how many of the 300 boxes would be based on each chip.

As for graphics, the prototype units will include either Nvidia Titan, GTX780, GTX760, or GTX660 components – and again, we don't know how many of each.

Each configuration will also include 16GB of DDR3-1600 RAM for the CPU, 3GB of GDDR5 RAM for the GPU, a 1TB/8GB hybrid drive, and a 450W 80Plus Gold–certified power supply to fuel the whole thing.

All of these components are user swappable, too – although Coomer said "any upgrades will be at each user's own discretion," which we take to mean Valve won't support heavily modded Steam Machines.

Not that the current designs aren't plenty powerful. In fact, Coomer said, Valve doesn't expect systems like these to appeal to every gamer who might be interested in a Steam-powered console.

"Many others would opt for machines that have been more carefully designed to cost less, or to be tiny, or super quiet, and there will be Steam Machines that fit those descriptions," Coomer said.

Coomer said that Valve will talk more in the future about how Steam will help customers understand the differences between all of the various hardware options available. He also said that photos of the prototype boxes would be coming soon, but that for now they're still in too raw a state to share with the public.

Valve hasn't said when beta testers can expect to receive their prototype units, but they have to apply no later than October 25. Assuming all goes according to plan, Valve has said that the first commercially available Steam Machines should hit retailers sometime in the coming year. ®