Digital sharing can be a help, not a hindrance 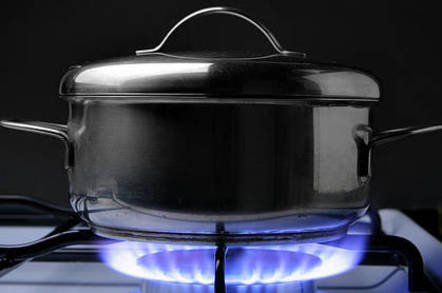 A study by the London School of Economics and Political Science has found that media companies are overstating their losses to piracy, that policies to cut off internet users for copyright infringement don't work, and finds that those industry sectors that have embraced digital sharing are growing as a result.

"Neither the creative industry nor governments can put a stop to cultural change that is global and in many cases welcomed, including by other segments of industry," said LSE's Professor Robin Mansell, co-author of the report.

"There is a need to foster recognition and economic reward for creators and there is a need for copyright legislation to underpin economic growth," Mansell said. "But such legislation needs to be consistent with 21st century values and practices."

The report, "Copyright & Creation: A Case for Promoting Inclusive Online Sharing", found that while sales for recorded music have fallen, other revenues from streaming, concerts, and publishing have all risen. While revenues might not be shooting up, there's no sign of the death of the music industry any time soon.

Meanwhile, Hollywood has enjoyed a boom in recent years, with revenues reaching a record-breaking $35bn in 2012, up 6 per cent on the previous year. Sales of DVDs are down, but digital profits more than make up for this, not least because there's no physical media to manufacture and ship out.

"Contrary to the industry claims, the music industry is not in terminal decline, but still holding ground and showing healthy profits," said Bart Cammaerts, lecturer in the LSE Department of Media and Communications. "Revenues from digital sales, subscription services, streaming and live performances compensate for the decline in revenues from the sale of CDs or records."

Musicians are also moving towards releasing music under Creative Commons licenses the paper note, with the use of such licenses growing from 50 million cases in 2006 to 450 million in 2011.

"Insisting that people will only produce creative works when they can claim exclusive ownership rights ignores the spread of practices that depend on sharing and co-creation and easy access to creative works; this insistence privileges copyright owners over these creators," the report notes.

The study found that in 2013, online sales of music overtook that of physical media and now account for 55 per cent of record company revenues. Overall sales of recorded music rose in 2012, albeit for the first time since 1999, but the study posits that if the music industry had embraced streaming and digital downloads and streaming earlier, it would be doing even better today.

To back that up, the academics looked at other industries that didn't take such a hardline approach to digital media. The games industry is seeing significant growth now that it has embraced the online world, by adding in-game purchasing and partially free play with the option to buy extra levels.

The industry-supported policy of penalizing individual internet users for piracy is also largely ineffective, the academics stated, citing the experience of France's HADOPI system. There was "no evidence" that the French crackdown had caused an appreciable increase in revenues.

The authors cited a European Union study showing that those who illegally download music are unlikely to buy legitimate copies of what they would otherwise download. Streaming services, which are not covered by the HADOPI scheme, are also increasingly replacing downloads and are hugely popular in France, while legislators have determined that the current system is a waste of money.

The report calls for independent verification of media-industry claims about the losses from piracy and a review of forthcoming legislation dealing with the issue, particularly the UK Digital Economy Act.

"Evidence-based legislation on copyright enforcement is needed that independently assesses the claims of the dominant creative industry firms and the impacts on users in the light of today's digital culture," it concludes. ®