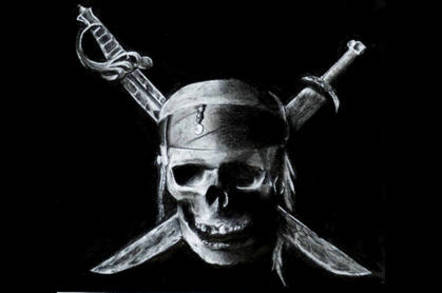 Alleged online drug kingpin Ross William Ulbricht tried to have not one, but two people involved in the Silk Road killed, according to as US federal court indictment.

The Dread Pirate Roberts, as Ulbricht was known online, paid an undercover federal agent $80,000 to torture and kill a Silk Road employee, the indictment, filed in the United States District Court for the District of Maryland on Monday, alleges.

Ross William Ulbricht was arrested in the science fiction section of the Glen Park public library in San Francisco on Tuesday, and Silk Road, the Tor-based drug site he is alleged to have run, was shut on Wednesday.

In an earlier court complaint, it emerged that the Dread Pirate Roberts had paid Silk Road user "redandwhite" $150,000 in bitcoins to off a Canadian user of the site who was blackmailing him. Canadian police have found no evidence so far that a murder took place, however.

In January, an undercover agent posing as a Silk Road user communicated with the Dread Pirate Roberts, complaining that the amounts of illegal drugs sold on the Silk Road were too low, and asking if they could arrange to find a buyer for a large shipment of cocaine, the indictment alleges.

Ulbricht obliged, the document states, and after some to-ing and fro-ing, the agent sent a kilogram of "a mixture of substance containing a detectable amount of cocaine" to a Silk Road employee for some $27,000 in bitcoins.

Shortly after that, the employee was arrested, and Ulbricht thought he had also stolen bitcoins from other users of the Silk Road. Ulbricht was apparently unnerved by the bust, and got in touch with the undercover agent on January 26th 2013 to ask if he could "beat up" the employee and compel him to give the bitcoins back, according to the indictment.

Just one day later, Ulbricht messaged the undercover agent and allegedly wrote: "can you change the order to execute rather than torture?" He explained that the employee had been in prison before. "Now that he's been arrested, I'm afraid he'll give up info," Ulbricht wrote.

The undercover agent demanded $40,000 upfront, which Ulbricht paid via Technocash Limited in Australia to a bank account in Capital One Bank in Washington DC. He then requested on February 5 for "proof of death" and asked the undercover agent to try and get a video of the torture and death, and failing that, pictures, the feds allege.

Days passed with some back-and-forth messages as Ulbricht seemed to become more anxious, then on February 16 the undercover agent sent him staged photographs of the employee being tortured.

The Dread Pirate Roberts wrote back, saying I'm "a little disturbed, but I'm ok," then added, "I'm sure I will call on you again at some point, though I hope I won't have to." On February 19, the undercover cop told the Ulbricht "[the Employee"] is dead[,] they killed him this weekend". On February 21 the agent sent the DPR staged photographs of the dead employee.

On seeing the photos, the indictment reports that Ulbricht stated: "I'm pissed I had to kill him ... but what's done is done[,]...I just wish more people had some integrity[.]". On March 1, he is alleged to have wired the other half of the hit money from Technocash Limited in Australia to a Capital One Bank in Washington, DC.

Ulbricht is currently being held without bail in San Francisco pending a hearing this Friday, October 4. ®