And you thought the Samsung Galaxy Mega 6.3 was big... 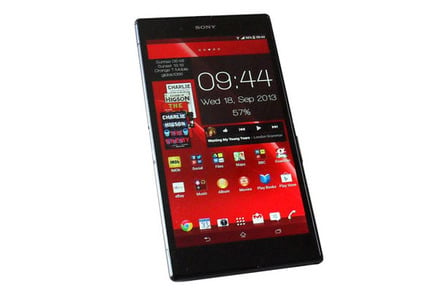 Review Two years after Samsung opened the Very Large Phone (VLP™) Pandora’s Box with the original Galaxy Note, Sony has thrown its hat into the ring with the Xperia Z Ultra: a device boasting a 6.4-inch screen and a 2.2GHz quad-core processor.

Now I have a pretty wild imagination, especially after a few pints and an injudicious late-night cheese sandwich, but even in my most unhinged moments I never thought VLPs would get this big and this powerful this quickly. 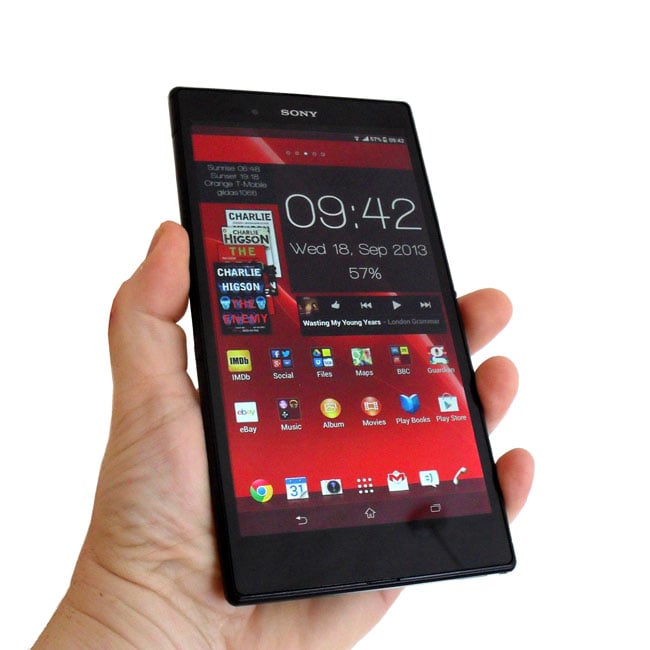 Something of a handful: Sony Xperia Z Ultra

So just how big is the Xperia Z Ultra? Face-on it measures 179.4 x 92.2mm. As you can see from the photograph, that makes it quite literally a handful. The Galaxy Mega 6.3 is 12mm shorter and nearly 5mm narrower. Kudos to Sony’s designers for making the Ultra only 6.5mm thick, though, and the 212g weight isn’t too shabby either. For comparison, the Mega 6.3 is 8mm front-to-back and weighs 199g.

From those numbers you may deduce that the Ultra has a bit more bezel above and below the screen than the Mega. That’s not what I’d call aesthetically desirable but it does mean you have more hardware to grip when holding the Ultra in landscape mode, and it helps minimise accidental screen touches when gaming.

Physically, the Ultra continues with the “OmniBalance” design seen in all recent Xperia devices, including the Xperia Z and Xperia Tablet Z. It’s a style that lends itself well to larger handsets and there’s no doubt that the Ultra is an imposing bit of kit. Whip it out in a bar and all your friends are certain to go: “Oooh...” 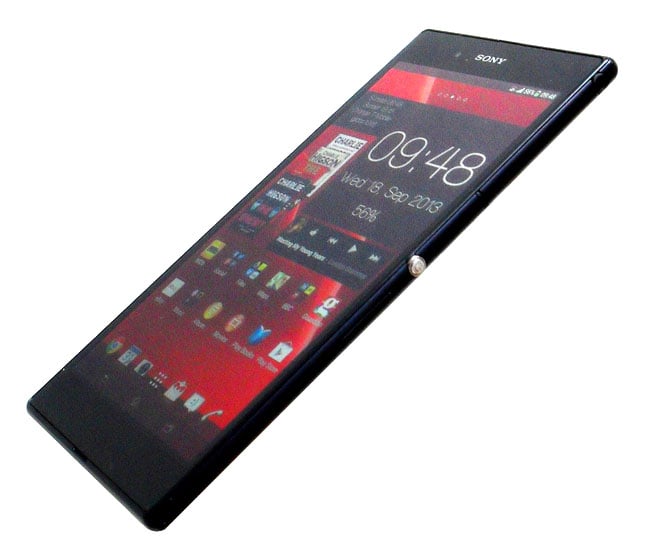 Impressively thin for such a large handset

The downside with the design is that the vast expanse of shiny glass on both sides will have you forever polishing it. I’d suggest getting the white version the better to hide fingerprints. There is also no denying that the more rounded Mega 6.3 is the more comfortable device to hold in one hand.

The design feature that deserves a mention in dispatches is the positioning of the large chrome power button and the volume rocker midway down the right side. Both are perfectly placed to be reached by the index finger or thumb of whichever hand you happen to be holding the device in. Across the way on the left is a dock connector for the Ultra’s magnetic charging cradle, while the audio and micro USB ports are at the top of the right and left sides, respectively.

To better keep water, sand and miscellaneous crud out of the Ultra, Sony has improved this latest Xperia’s water-resistance rating, getting a IP58 certification for the VLP incarnation which is higher than the Xperia Z’s IP57. This means that for all practical purposes the Ultra is sealed tighter than a duck’s bum in a downpour. Like the Galaxy S4 Active, the Ultra’s 3.5mm audio jack is now waterproof without the aid of rubber plug. 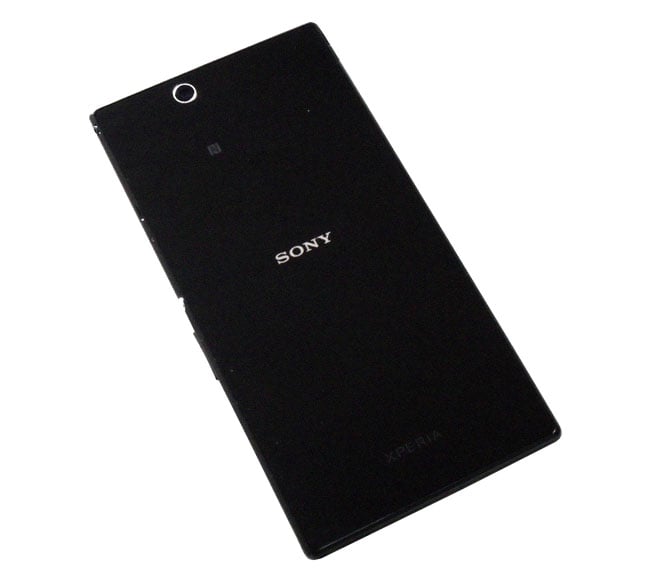 ‘round the back: just an 8MP camera without a flash

With 1920 x 1080 pixels spread over a 6.4-inch panel, the Ultra’s screen has a dot density of 342dpi which, while short of the 386dpi the new Galaxy Note 3 boasts, is still more than adequate in my book. Any differences between a 5.7-inch and a 6.4-inch full HD screen are beyond the ability of the naked human eye - or at least my naked human eye - to distinguish.

More importantly, and thanks to what Sony calls “Triluminos technology”, which first made its appearance on Sony’s impressive W9 series TVs, the Ultra’s display is the best that has ever graced a Sony smartphone and by some margin.

In a nutshell, the Triluminos voodoo makes primary colours bolder while at the same time keeping subtle hues more, well, subtle. Imagine the natural shades of the HTC One’s Super LCD 3 screen combined with the bold palette of the Galaxy S4’s Super AMOLED panel and you get some idea of what the effect is. Combined with the latest generation of Sony’s Mobile Bravia engine, now called X-Reality, video and stills look nothing short of stunning on the Ultra. 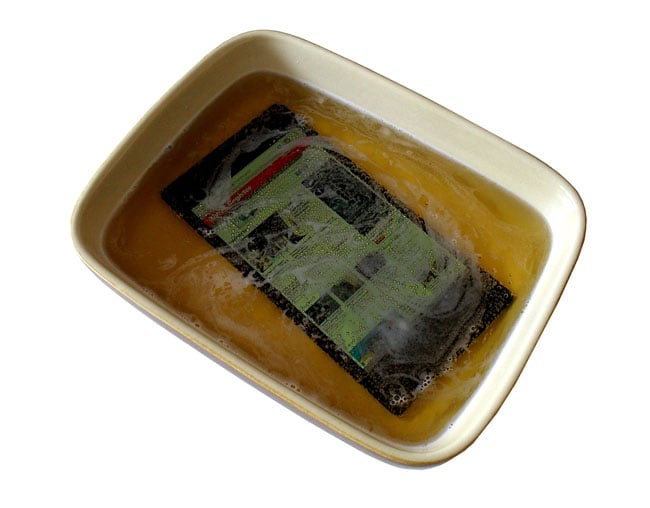 The Ultra passes the submerged in lager test, but utterly failed to fit in a pint glass

I’ve no idea if it’s a side-effect of Triluminos but the Ultra’s LCD screen is brighter than the Xperia Z’s and there is much less washout at extreme viewing angles. The screen is rather reflective, though, so despite the extra brightness it’s still not quite as legible in direct sunlight as the Galaxy S4.

Next page: No stylus to hand? USE A BIRO
Page:
Tips and corrections
67 Comments