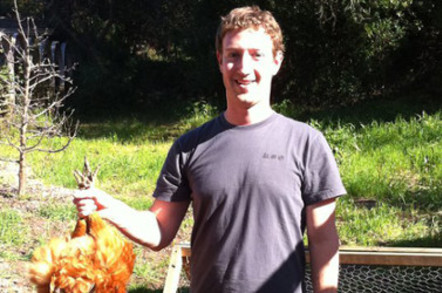 Facebook has started reporting the chatter behind TV shows to the networks broadcasting them as it searches for new ways to monetise its free content ad network.

The reports, which the Wall Street Journal tells us will be sent to the networks weekly, tell the broadcasters how many times each show was mentioned in both private and public conversations, and how many times those conversations were "liked" or commented on.

The idea is to provide information about how engaging programs were, rather than how many people watched them. While the four big US stations (ABC, NBC, Fox and CBS) will get the data for free it will also be shared with some "select partners" – and one can be sure that if it proves of value then Zuck and Co will start charging for it.

Twitter, meanwhile, is working with ratings stalwart Nielsen to release an analysis of TV engagement, as measured by those tweeting their spittle-flecked outrage at the gogglebox, combined with traditional viewing figures.

Facebook is less open, as by default posts are shared between "friends". Individual conversations won't be passed on – only raw numbers based on keyword searching – but that should still be of interest to the networks.

Social networks still only represent a minority view. Crucially, though, it's a vocal one and TV companies often grasp at any insight into the viewers with whom they have so little contact. The self-important few who graciously take the time to share their opinions with the world could easily be taken to represent the majority and dictate the future of TV – which is, frankly, something of a terrifying thought. ®