The little dongle that could 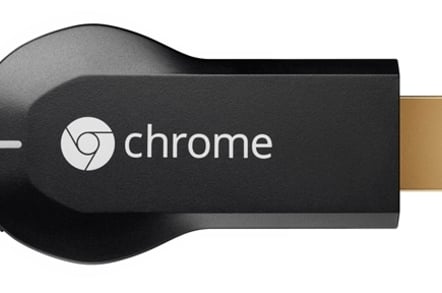 Sales of Google's $35 Chromecast dongle have been going well and should receive a further boost from a new partnership that lets iPad and Android users use the device to stream Hulu Plus video content.

"Now you can easily enjoy your favorite shows, such as Modern Family, New Girl and Parks and Recreation, on your big-screen TV by casting from Hulu Plus on your mobile phone or tablet," said Shanna Prevé, head of content partnerships at Google.

"It’s the same intuitive, remote-free experience you’ve come to enjoy with the other Chromecast-supported apps, and is as simple as pressing the Cast button which will now appear in the app."

Hulu was one of Google's partners at the launch of the Chromecast in July, and the streaming firm said then that it was actively developing apps with the Chocolate Factory. Hulu Plus is the first new commercial service to link in with Google's dongle team post-launch, but according to the company it won't be the last.

"We’re working with a variety of content partners but have no further plans to announce at this time," a spokeswoman told El Reg in an emailed statement.

The Chromecast sold out of retail stores shortly after its launch and is the number-one selling item on Amazon's electronics list at the moment. The simple device has reaped both praise and scorn, but consumers certainly seem to like it, particularly at such a low price in comparison to similar offerings.

What remains to be seen is how many other media partners can be lured on board with the device. It's selling well at the moment, but a few more deals like this and Google could be getting a position that will worry Cupertino and others. ®