500 MEELLION PCs still run Windows XP. How did we get here?

Paulson thinks the apps problem is the psychological roadblock preventing many from proceeding.

“Sometimes we see customers slowed down by the fear of application compatibility – they have all these applications on their machines and they feel none of it will go forward. By and large we find it applies to 98 per cent of the cases out there,” Paulson said.

“We find customers think everything is mission-critical on the box but after you do the analysis and a pilot with a few machines you find out what is important, and really mission-critical and then you will need to find a version that’s compatible or you find a solution that is compatible.”

At the heart of this is an even bigger, more fundamental problem: it has been so long between upgrades, most people will have lost track of the apps they have. Not knowing what’s in your application estate has made it hard to know what to move.

Schare said he’s found application and IT estates have become under-funded and are not well maintained as a result.

“IT pros managing a Windows migration don’t typically have a good grasp on their web applications. They don’t keep an inventory and don’t routinely test for compatibility. They may suspect they’ll have problems but aren’t sure what to do about it. Many even assume the applications will just work when they upgrade, since that was the promise of web apps from the beginning,” he said.

“It’s far easier and cheaper to keep using what works and defend against what’s new for as long as you can. But the longer you do that, the more painful the migration when you eventually have to do it.”

With six months left, then, what’s next – especially for those who haven’t started to move – we’ll assume those already migrating have contingency.

Start planning and involve the business. Why? Even if the plan leads to nothing because the business decides against migrating off of Windows XP then at least you’ll have raised the prospect of security lapses and breaches. “If the business says we are not going to do it because of X, then you are covering your back,” Corley said.

Another reason is that – should you get the green light – the plan provides a blueprint.

What’s next is cataloguing your apps – what software you’ve got running on Windows XP, and which apps need to move because they’re business-critical. Rather than a wholesale move, which you’ll never achieve before next April, it’s better to lop off individual apps and groups of apps based on their importance. 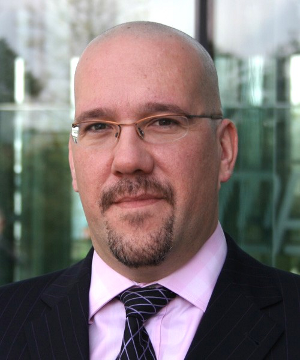 Here things can get complicated – and you can see why even those migrating will miss the April 8, 2014 date.

Avanade and Camwood, for example, will assess what’s in your application estate – something many people don’t actually know – and advise businesses on what to move. But they are are on their own when it comes to next steps. What next steps? That depends.

Retire and re-write applications running on Windows XP as you move to Windows 7 – as most are doing rather than go to Windows 8 – are two options. Corley reckons if you’re “on top” of your application estate and working “well” with the business you will probably only need to retire a small number of apps – about 20 per cent – that are surplus to requirements for various reasons. These could be apps you don’t use because the business has changed or because staff have gone, or apps where you’ve bought too many licences. The number of re-writes, he says, would be down in the “low, single-digits”.

But who’s “on top” of their application estate and what IT department works “well” with the business?

The worst scenario is a policy called attrition. This is replacing PCs with systems running Windows 7 or Windows 8 on a case-by-case basis. This will confuse the IT picture even further over the long term while still leaving vulnerable PCs on your network.

An alternative to re-writing is to remediate – but this only works for web apps, so software dependent on the version of Microsoft’s browser tied to Windows XP. Here, Browsium offers a piece of software that lets you run IE6-dependent apps unmodified in IE8 and IE9. The Browsium code tells IE8, 9 and – since Ion 3 was just released – IE 10 to behave like IE6, to fool the application’s code into thinking its still running on IE6.

Next page: If IE6 is your only problem, you have options
Page:
Tips and corrections
243 Comments