Likelier than ever to avoid fines, having to admit wrongdoing 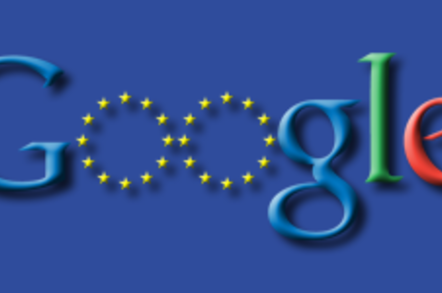 Google is closing in on a deal with competition officials in the European Commission which stops far short of formal sanctions, after the EU's antitrust chief Joaquin Almunia said today that he was negotiating a settlement agreement with the ad giant.

Almunia's office is working on "the precise drafting of the proposed commitment text" with Google over the next few weeks.

The commissioner told the European Parliament this morning that he had concluded that the ad giant's revised offer of concessions on its search biz had "more appropriately” addressed "the need for any commitments to be able to cover future developments".

Earlier this year Almunia said it was likely that Google had abused its dominant position in online search in the EU, where it holds sway over around 90 per cent of the market.

But Google's first attempt at trying to placate the commissioner ended in failure after a market test by the company's rivals earlier this year universally rejected Mountain View's offer.

Almunia told MPs from the 28-state bloc that his powers were limited. He said:

My responsibility when enforcing the antitrust rules in this case is to make sure that internet users are provided with choice, so they can decide between services based on their merits, and to preserve incentives to innovate across the board, so that users can benefit from new or better services tomorrow.

Antitrust is not an adequate instrument to impose on Google a specific algorithm or to prevent Google from improving its services if it wishes to do so. Nor, as a competition authority, can the Commission act in this case as a regulator for all the issues arising in the online world or raised by stakeholders regarding Google.

The commissioner has long been clear that his preferred route would be to reach a legally binding settlement with Google that would, in his view, restore competition quicker than if Brussels opted to slap the company with a big fine and allegations of wrongdoing.

Almunia told EU politicos today of some of the changes Google had made to its offer of amends that appears to have made it more palatable to the commission. He said Google had made a "significant improvement" to vertical search.

Many respondents during the market test said that in this Google proposal the links to rivals that would be displayed for certain categories of specialised search services were not visible enough.

In my opinion, the new proposal makes these links significantly more visible. A larger space of the Google search result page is dedicated to them. Rivals have the possibility to display their logo next to the link, and there will be a dynamic text associated to each rival link to better inform the user of its content.

Market test respondents also contested the organization of the proposed auction to determine the rival links that would be displayed on Google's search results page for the most commercial categories of specialised search services.

The new proposal foresees an auction mechanism which includes the option to bid for each specific query. This is important to also ensure that smaller specialised search operators can be displayed.

Almunia added that Google had, with its new offer, done a better job of addressing three other areas of concern that the commissioner had highlighted in his initial "abuse of dominance" claims about the Larry Page-run corporation.

On the practice of content scraping, Almunia said that "Google has improved the granularity of the opt-out that is offered to third party web sites. It also tightens the provision that ensures that Google cannot retaliate against websites that make use of the opt-out."

He was also pleased with a revision to the package of concessions that apparently addresses rigid conditions imposed on web publishers who are prevented by Google from displaying search ads from its competitors.

Google has committed to no longer include in its agreements with publishers any provisions or impose any unwritten obligations that would require publishers to source their requirements for online search advertisements exclusively from Google in relation to queries from EEA [European Economic Area] users. The new proposal improves the safeguards against possible circumventions.

Finally, the commissioner said that Google was committed to putting an end to enforcing - either through written or unwritten obligations - restrictions on advertisers to stop them managing their search ad campaigns on rival platforms.

Next page: But will scrutiny of Google be properly independent if deal is reached?
Page:
Tips and corrections
7 Comments

High potential of cutting off the nose to spite the face

The tech has been around for years – why aren’t we using it?