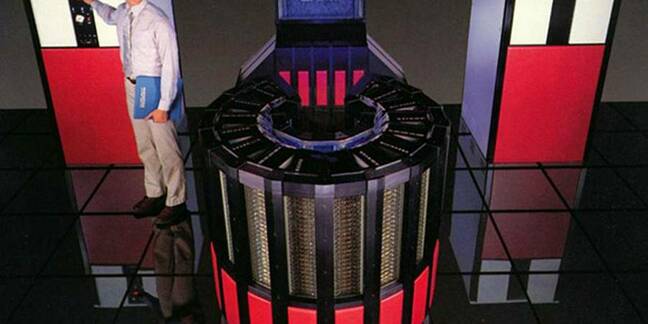 Database denizens, infrastructure priests, and cloud herders are all preparing to descend on San Francisco for the RICON West distributed systems conference.

El Reg is a media sponsor of the event, which will be held on October 29 and 30, and as per our high-availability triple-replicated reasonably consistent partnership with Basho, we thought we'd let you know what parts of the event we've found intriguing.

First up is a talk by Google's influential Jeff Dean, who is going to explain how Google serves up requests quickly at huge scale.

"Just as fault-tolerant techniques needed to be developed when guaranteeing fault-free operation by design became unfeasible, techniques that deliver predictably low service-level latency in the presence of highly variable individual components are increasingly important at larger scales," Dean will explain in his talk.

As Dean is a co-creator of major technologies such as MapReduce and the Google File System (now known as Hadoop), Spanner, and recent machine-learning platforms, we reckon he's worth paying attention to.

Another session that piqued our interest is by up-and-coming database hotshot Peter Bailis – PhD Student, UC Berkeley – who will outline how current research points to ways database designs may be able to get around Eric Brewer's notorious "CAP theorem", which says it's impossible for a database system to have all three elements of consistency, availability, and partition tolerance.

But as clever as all this stuff is, it's fairly useless if you can't get it into production, and that's why we're keen to hear a talk on "Practicalities of Productionizing Distributed System" by Jeff Hodges, a distributed-systems engineer at Twitter.

We're also keen to hear from the various Basho speakers as they go into the innards of Riak, an open source database that implements many of the ideas outlined in Amazon's seminal Dynamo paper, and competes heavily with other "NoSQL" database darling, MongoDB.

As with all good conferences, though, we'll likely spend much of our time between sessions gabbling away with the assembled infrastructure intelligentsia, so what would you readers like to know? Horror stories about implementations? The latest scuttlebutt on which mega-IT company is using which tech? Or perhaps some sober assessments of what can and may go wrong? ®