French data cops to Google: RIGHT, you had your chance. PUNISHMENT time

Prepare yourself for fines, snarls CNIL 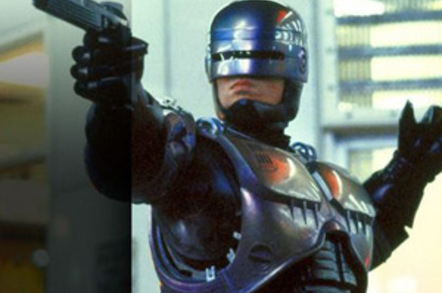 Google has declined to make required changes to its privacy policy, France's privacy watchdog said today. The French data cops added that they will slap the ad giant with sanctions.

The Commission Nationale de l’Informatique et des Libertés (CNIL) - on behalf of the European Union's Article 29 Working Party - headed up an investigation of Google's controversial revision of its terms and conditions for netizens in March 2012.

In June this year Google was ordered to comply with authorities in France, after the CNIL ruled that the multibillion-dollar advertising corporation had breached the country's Data Protection Act, and ordered Mountain View to comply with the law or face sanctions.

At the same time, data cops in the UK, Spain, Germany, Italy, and the Netherlands also launched enforcement actions against Google setting similar deadlines for the company.

By July, Britain's data regulator (the ICO) - known for its lighter touch compared to its European counterparts when it comes to imposing fines - threatened Google with the "possibility of formal enforcement action" if it failed to tweak its privacy policy to make it "more informative".

Meanwhile, the French watchdog said today that "Google contests the reasoning of the CNIL and has not complied with the requests laid down in the enforcement notice [issued on 20 June]."

The data authorities in France had ordered Google to comply with its national law by defining specified and explicit purposes; to inform users about how it was processing their data; to define retention periods for the information it holds; to not proceed, without legal basis, with the "potentially unlimited combination of users' data"; to fairly slurp and mine passive users' data and get consent before storing cookies on their device.

But Google has declined and criticised French data protection legislation by claiming the law is not applicable to its online services.

"The Chair of the CNIL will now designate a rapporteur for the purpose of initiating a formal procedure for imposing sanctions, according to the provisions laid down in the French data protection law," the watchdog said.

At time of writing, neither the UK's Information Commissioner's Office nor Google had returned The Register's request for comment. ®