Platforms to unite in ONE APP STORE TO RULE THEM ALL 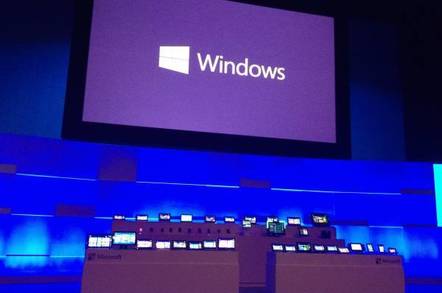 Microsoft is planning to combine the Windows Store and the Windows Phone Store into a single app store for all of its platforms as early as the spring of 2014, sources claim.

The Verge reports that Microsoft's new operating systems head, Terry Myerson, revealed the plan during an all-hands meeting in Redmond on Thursday.

Not much is known about that desktop Windows update, but on Wednesday Microsoft-watcher Mary Jo Foley said that it would come preinstalled on a Surface Mini tablet next year, and that internally it's known as the "Spring 2014 GDR" – Redmondese for "General Distribution Release."

Just how Microsoft plans to manage selling apps for desktop Windows and Windows Phone through a single store, however, is not clear.

As it stands, the Windows Store offers apps for Windows 8 running on PCs with Intel processors and for Windows RT running on devices with ARM chips. Many of the apps in the store will work on both platforms, but not all of them do.

Windows Phone apps, on the other hand, are an entirely different beast. Although Windows Phone is designed to run on ARM processors, apps built for Windows Phone won't run on Windows RT. In fact, developers don't even use the same APIs to create them – so far, at least.

It will take more than a unified Windows app store to make that happen. But pulling apps for all of Microsoft's platforms under one roof could be an important step toward establishing the concept of a single Windows ecosystem in consumers' minds – even if a truly cohesive Windows platform is still a few years off. ®