Stocking product that no one buys deemed 'inefficient' 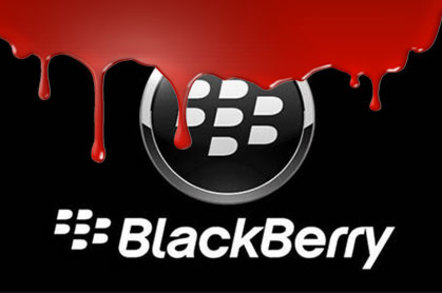 As BlackBerry struggles to regain its footing following the disastrous second quarter of its fiscal 2014, US wireless carrier T-Mobile has announced that it will no longer carry the Canadian firm's smartphones in its retail stores.

T-Mobile executive VP of corporate services David Carey told Reuters that demand for BlackBerry handsets among consumers has been low, which meant "keeping stock in the retail distribution system was inefficient."

The carrier will still supply BlackBerry kit for customers who want it, but the devices will be shipped direct through the mail and won't be available for pickup at retail locations.

Carey said this model suits T-Mobile's BlackBerry customers, most of whom are businesses who don't make their handset purchases through stores.

If T-Mobile understands who its BlackBerry buyers are, however, BlackBerry itself seems to have only just now got the memo. Last Friday it warned investors that it expects to write down as much as $960m on unsold inventory of its touchscreen-only Z10 handsets, while most of its unit sales in the quarter were of older devices running BlackBerry 7 – the kind long favored by corporate types.

BlackBerry now says it will pare down its planned product line to focus on the enterprise and "prosumer" markets, rather than mainstream consumers. But the shift may come too late to assuage its business customers, many of whom are already moving to Android or iOS.

BlackBerry has tentatively agreed to a $4.7bn buyout by a Canadian consortium led by Toronto-based Fairfax Financial Holdings that will take the company private, but Reuters reports that other investors are skeptical that Fairfax will be able to raise the necessary capital.

"We believe the Fairfax initiative is unlikely to come to fruition and see the next valuation floor for the stock at $5," one Bernstein analyst has reportedly told his clients.

BlackBerry's shares are currently trading at around $8. If they sink much lower, and no viable rescue plan emerges to slow the company's freefall, soon T-Mobile won't be the only company to stop carrying BlackBerry product in its stores. ®