And an end to BT's 'quasi-monopoly' 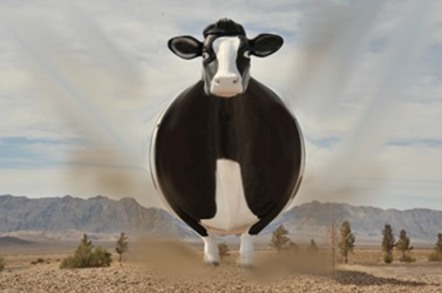 Whitehall has insisted that its delayed multimillion-pound rural broadband project represents good value for taxpayers - even as a brutal parliamentary report published today attacks the government for failing to rein in BT.

MPs on Parliament's Public Accounts Committee (PAC), chaired by Labour politico Margaret Hodge, submitted seven recommendations to the Department for Culture, Media and Sport urging it to put an end to BT's "quasi-monopoly position". The committee claimed that the telco giant uses its clout to "limit access to both the wholesale and retail market to the detriment of the consumer".

In July, BT's policy director Sean Williams was forced to repeatedly fend off criticism levelled at his company by MPs scrutinising the government's broadband delivery project (BDUK), which was given £530m from the public purse to install fibre internet connections to harder-to-reach parts of the country where private investment had been shunned for not being commercially viable.

But over the course of the last year, BT has been the only telco to scoop up any of the 44 local council contracts, which much match central government funding, to install broadband for countryside-dwellers.

That fact has led to many within the broadband biz in Blighty declaring that the whole process had been anti-competitive, with BT - if it does scoop up the remaining contracts - likely to benefit from a whopping £1.2bn in taxpayer money upon expected completion of the work in 2017.

BT, for a while, had appeared to be in a two-horse race for the cash with Japanese tech giant Fujitsu. However, Fujitsu quit trying to win the funds in March this year by claiming that the competition conditions around the BDUK process were flawed.

It says that the Ministry for Fun's "procurement approach for the rural broadband programme failed to deliver meaningful competition for the letting of local contracts". The committee urged Culture Secretary Maria Miller's department to halt its plans to spend a further £250m up to 2017 until it secures "proper competition and value for money for improving superfast broadband after 2015".

In the summer, Hodge questioned BT's financial commitment to the entire project, after it had pledged in 2012 to plough a "further £1bn" of its own money, as well as the government's BDUK funds, into providing broadband to the final third of the country.

But the National Audit Office (NAO) had said that BT had got its sums wrong and would in fact contribute just £356m (23 per cent of capital costs) for its heavily subsidised rollout of mainly fibre-to-the cabinet (FTTC) broadband technology.

Today's PAC report claimed that the Ministry of Fun (aka DCMS)'s assumptions in its 2011 business case about the respective capital contributions of the public and private sectors had been "wildly inaccurate."

It called on the DCMS to "improve its modelling work" and do a better job of negotiating contracts with big suppliers, taking into account the long-term value of the assets a company such as BT will end up sitting on.

A lack of transparency about contract deals BT has struck with councils had weakened local authorities' abilities to ink cost effective agreements with the telecoms giant, the PAC found.

The MPs added that Whitehall needed to be more supportive of councils that are calculating BT's costs and take-up rates during the project. They also, once again, demanded that Miller's department publish BT's roll-out plans so that rival suppliers can start bidding for the final 10 per cent of homes and businesses not yet earmarked for public or private broadband investment.

Finally, Hodge and her colleagues on the committee concluded that BT's rivals had "legitimate concerns" about competition.

It said: "As part of its current review of the broadband market, [communications watchdog] Ofcom should explicitly address the impacts on competition of BT's wholesale pricing structure and of the terms and conditions attached to accessing BT's infrastructure."