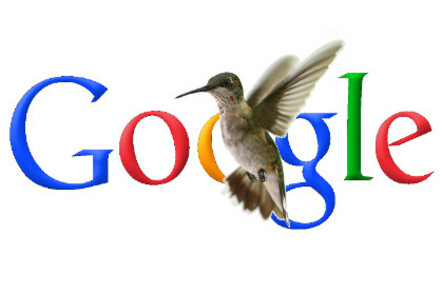 As more people have come online, the way people search has changed - so Google has overhauled its algorithms to better deal with the vague, rambling questions we bombard it with.

The new "Hummingbird" update was announced by Google at a shock-and-awe PR event held in the Menlo Park garage where the ad-slinger spent its early years.

Though Google declined to discuss the technology underlying the algorithm – a depressing break with the past – it did tell us that Hummingbird "makes results more useful and relevant, especially when you ask Google long, complex questions."

According to Google, as time has gone on we have used more sophisticated, conversational queries, and moved away from short directed terms like, say: site:theregister 2009 + IPv6.

Today, people – knowledgable Reg readers aside, that is – are much more likely to write: IPv6 article on the register with pictures from 2009, or something equally hard to parse.

In many ways, the conversational tone we take with Google nowadays is the same type of shift that happened when we moved from lower-level programming languages up to more abstract, expressive ones. If old Google was like C, Hummingbird is like Python or Ruby.

"Hummingbird pays more attention to each word in the query, ensuring the whole query is taken into account – so if a resulting page is a bit less strong in general, but it's the most relevant to your search terms, that's the result you'll get," a Google spokesperson told El Reg. "And if there are plenty of relevant matches to your search terms, Hummingbird does a better job picking the strongest page for you."

The algorithm was deployed several weeks ago and is involved in 90 per cent of Google's search queries, we understand.

Alongside the Hummingbird updates, Google has also added features to its "Knowledge Graph" technology, which allows the search engine to deliver results directly on the query page.

You can now search "impressionistic artists" and the company will present you with a list of artists, and the option of switching genres. Another thing you can try out is "butter vs olive oil" to get a comparison of cholersterol, calories, and such.

But try searching "classical musicians" or "butter vs vegetable oil" and you're out of luck – for now, this is a very limited service, though Google does want to grow it over time.

The company has also added more voice features to its apps for mobile devices, so you can instruct Google to add a reminder to your calendar for when you walk into the office without touching the device.

"Ideally, you wouldn't need to pull out your phone or tap buttons to use Google. We're not quite there yet, but you can already do a lot with just your voice," the company's senior veep of search, Amit Singhal, wrote in a blog post announcing the move.

We welcome our voice-activated robo-librarian overlords. ®