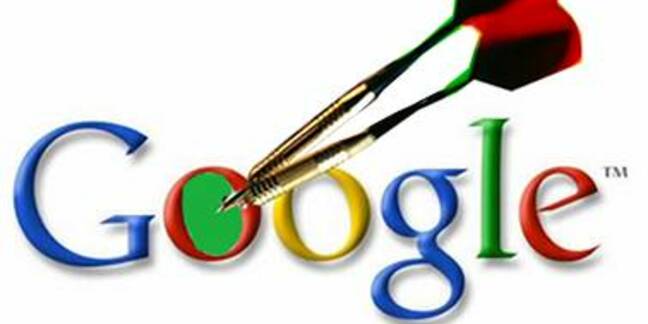 Analysis Parliament's Culture, Media and Sport Select Committee has harshly criticised the government and Google in a report into the UK's creative industries.

The MPs want the 2010 Digital Economy Act - which cracks down on downloaders of pirated material and other copyright infringers - activated without further delay. And the panel wants recommendations from Professor Ian Hargreaves' radical review of UK intellectual property – the so-called "Google Review" – scrapped.

This comes after the backbenchers concluded the government is largely barking up the wrong tree with its policy on protecting intellectual property in Blighty (or not as the case seems to be). As El Reg has explained in exhaustive length (see the lefthand related stories), rather than building markets based on property rights, it has instead set about dismantling the very rights that people in those markets need to earn a crust.

"We regret that the Hargreaves report adopts a significantly low standard in relation to the need for objective evidence in determining copyright policy," the MPs write in their report. "We do not consider Professor Hargreaves has adequately assessed the dangers of putting the established system of copyright at risk for no obvious benefit."

The influential cross-party committee took evidence for over a year and canvassed opinion over 10 separate hearing sessions and visited technology and creative companies in California.

The British government had broadly accepted the Hargreaves recommendations, but the committee is scathing about the intellectual quality of the media professor's exercise.

"We are deeply concerned that there is an underlying agenda driven at least partly by technology companies (Google foremost among them) which, if pursued uncritically, could cause irreversible damage to the creative sector on which the United Kingdom’s future prosperity will significantly depend," the MPs warn.

The "Google Review" earned its nickname, in part, because when it was announced by David Cameron, he quoted the Google founders in support of it. The "quote" – that Google's founders could "never have started their company in Britain" – turned out not to exist.

The review was slipped into the Conservative agenda by former director of strategy Steve Hilton, who has close ties with Google, and has cited the advertising network as a model for government operations.

The (latest) copyright minister Lord Younger appeared to affirm Google's privileged relationship with top Conservatives when he appeared before the select committee this year.

"I am also very aware … that 'Google' have access, for whatever reason, to higher levels than me in No 10, I understand," he told startled MPs. "They are a vociferous action group and a big company to put it bluntly, and are quite powerful."

Banks and other financing institutions also get a kicking, for being "blinkered and unimaginative" and risk-averse when considering investment in creative businesses. Which is harsh – would you lend money to an intellectual-property-creating business, knowing that Whitehall and the government would prefer to destroy the market – and could?

Specifically, the MPs fear the development of commercially successful music-streaming services could be hindered by extending private copying exemption into the cloud. EU member states are permitted to introduce an exception for private copying, but only if the rights-holder is compensated in some way.

Most states have implemented this exception, and all but two include some compensation. The UK is arguing that this is not necessary, since it's "priced in" at the point of purchase of a copying or playback device. The MPs find this unconvincing:

We are not convinced by Hargreaves’ implication that a facility for private copying is factored into the purchase either of music or devices that store, play or copy it.

They advise: "We do not believe a case has been made for applying a private copying exception to audiovisual content and it should therefore be excluded."

MPs heard from Google reps, but the backbenchers weren't impressed that the giant ad-broker had done enough to promote legitimate offerings and demote scuzzy pirate sites.

"We strongly condemn the failure of Google, notable among technology companies, to provide an adequate response to creative industry requests to prevent its search engine directing consumers to copyright-infringing websites," the MPs stormed.

"We are unimpressed by their evident reluctance to block infringing websites on the flimsy grounds that some operate under the cover of hosting some legal content.

"The continuing promotion by search engines of illegal content on the internet is unacceptable. So far, their attempts to remedy this have been derisorily ineffective."

We do not believe it to be beyond the wit of the engineers employed by Google and others to demote and, ideally, remove copyright-infringing material from search engine results. Google co-operates with law enforcement agencies to block child pornographic content from search results and it has provided no coherent, responsible answer as to why it cannot do the same for sites which blatantly, and illegally, offer pirated content.

The MPs also want jail terms for copyright infringement - not for casual freetards, it appears, but for commercial-scale operators such as Anton Vickerman. They note that the successful prosecution of Vickerman, who operated a site called SurfTheChannel, was convicted of conspiracy to defraud, rather than copyright infringement.

MPs also called for a copyright "czar" within government to counteract the institutional bias against copyright found at the old Patents Office, known since 2006 as the Intellectual Property Office (IPO). The panel also found it odd that the IPO is within the government's business department, rather than the Ministry of Fun. ®

Bad news: So much of your personal data has been hacked that lesson manuals on how to use it are the latest hot property

Cyber-crims bone up on methods for fun and profit, but mainly profit