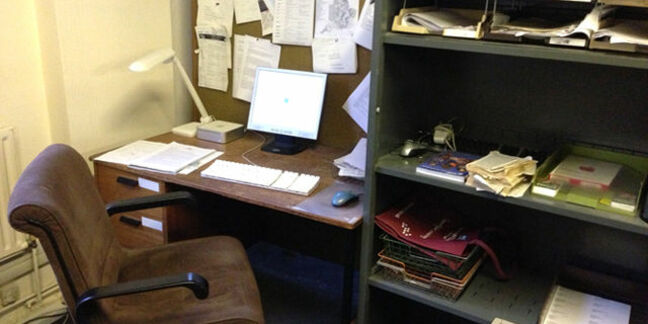 In a sign of just how hard the austere financial climate is hitting, it has been reported that the Greek government has been forced to put an end to one of its civil servants' most treasured privileges. We speak, of course, of the Hellenic Sir Humphreys' entitlement to an extra six days a year paid holiday if they are compelled to work with that frightful engine of misery, the computer.

Reuters reports that the long-standing regulation, in which all Greek government workers compelled to use a computer for more than 5 hours a day get an extra day's leave every two months, was axed in an official announcement on Friday.

"It belongs to another era. Today, in times of crisis, we cannot hold on to anachronistic privileges," the newswire quoted minister Kyriakos Mitsotakis as saying. Mitsotakis is the man in charge of making the Greek civil service cheaper and better, a plan being insisted upon by the country's overseas creditors. Ironically it appears that the extra-hols-for-computer-users rule was actually brought in by the administration of Mr Mitsotakis' dad, who won a Greek national election in 1989.

It appears that hapless Greek pen-pushers have suffered many other affronts in the push to make them as productive as Germans and so perhaps straighten out their nation's finances. Apparently they have already lost a bonus they used to receive for turning up to work, and also a handy rule in which unmarried daughters could continue to draw a dead father's pension.

The Reuters report can be read here, though we suspect that not many of our readers will get any special privileges for doing so. ®

Archaeologists and robots on hunt for more Antikythera pieces

How much of the world's oldest computer can they find?

By the Rivers of Babylon, where the Antikythera Mechanism laid down

Boffins have new theory about origins of 'first computer'

What does it take to find the Antikythera Mechanism? Underwater robots, of course!

I worked on ... Meet the chap behind the controls

Build Linux envy? And why not use existing ones like Chocolatey?