PEAK APP: After 2013, you'll NEVER again install as many – Gartner

Everyone's downloaded all that ever needs to be downloaded 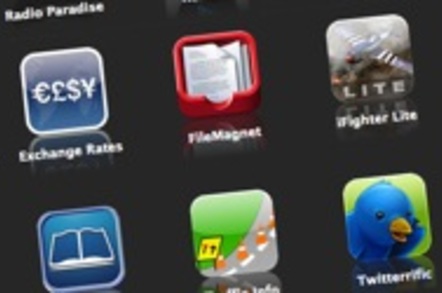 It's peak app time, according to tech analyst Gartner, which claims the average user will never again download as many apps as they did in 2013.

The beancounters say that growth in the ecosystem is now reliant on new users joining the throng.

The peak is 4.9 downloads a month for iPhone owners, and 6.2 for those packing an Android handset, but that number will fall to 3.9 and 5.8 by 2017 as users get more comfortable with the apps they've got, says Gartner.

Growth in the industry will be apparently be driven by new users in developing countries who've yet to experience the joy which is Candy Crush Saga.

Those developing markets will still provide plenty of growth, with downloads doubling by 2017 as the number of smart handsets continues to rise. Gartner reckons the industry will be worth $26bn this year, including the in-app purchases and advertising revenue generated by the "free" apps which make up 91 per cent of downloads.

Such offerings are on the rise – already up from 89.6 per cent last year and pegged at 94.5 per cent by 2017, but Gartner also highlights a trend in double-dipping applications which charge for the download and then add in-app purchasing on top.

In-app purchasing will, by 2017, contribute very nearly half of the industry's revenue (48 per cent) though most of that growth will be in the next year or two 'cos Gartner reckons the poor people who come last to the smartphone party will have little tolerance for additional charges.

There's loads more detail from Gartner for the probably reasonable cost of $1,295, or one could just brew up a cuppa and look for patterns in the leaves. ®