DARPA: You didn't think we could make a Mach 6 spaceplane, so let us have this MACH TEN job

Cheap rockets? Bah! Give us a hyper-hydrocarbo-scramjet 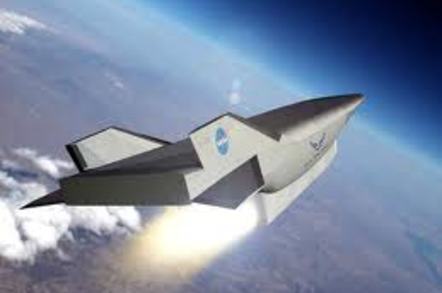 In this post-Space Shuttle world, it often seems that the dream of a spacecraft which could reach orbit without expensively throwing most of itself away is receding rather than drawing closer. 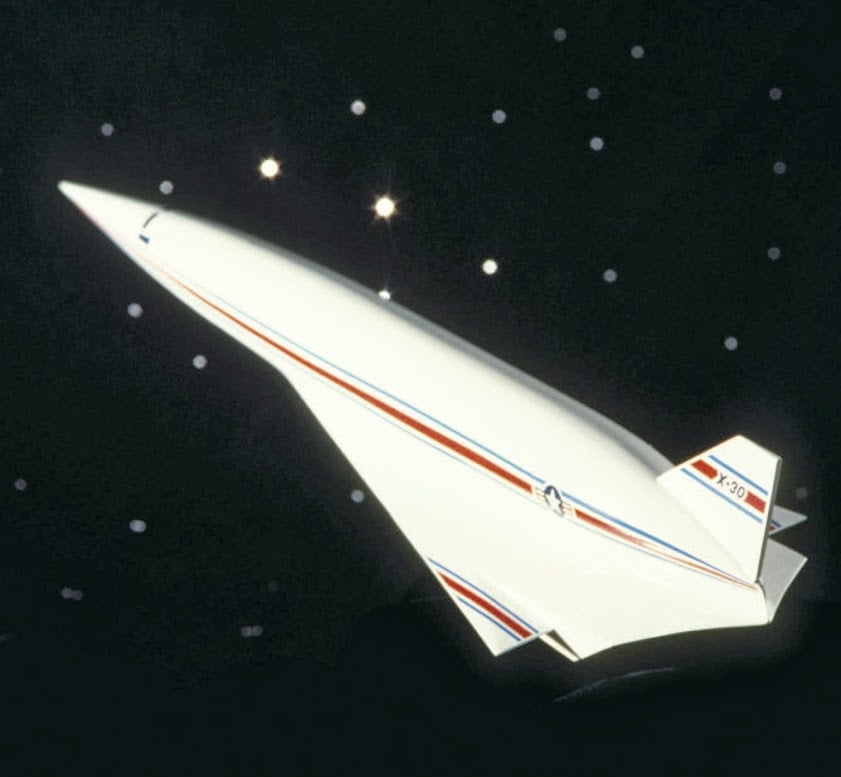 Sure, there's the tiny X-37B "space warplane", carrying out secret missions for the US Air Force, but this takes off atop a conventional throwaway rocket stack much bigger than itself. Yes, there's the British "Skylon" plan for a completely reusable runway-takeoff spacecraft, but its backers admit that it will cost at least £10bn to develop and the scheme has been around in one form or another since the 1980s – it seems unlikely to turn up soon.

There's also internet zillionaire Elon Musk and his rather different plan, under which fairly conventional rocket stages would come down to land vertically on a pad after hurling their payloads into the sky: but while the "Grasshopper" project has demonstrated that rockets can set down vertically without problems, it has not shown that the launch stack can spare enough fuel for this to happen and still do its job cost-effectively. Certainly, at the moment Musk's rockets mostly destroy themselves on actual use, just like any others.

So it might seem to many observers that the dream of re-usable, affordable access to space for the human race remains as far off as ever. 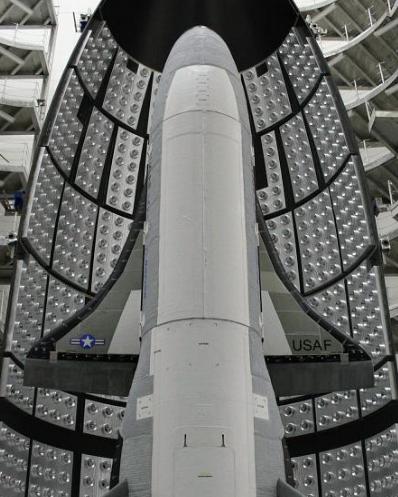 As ever, however, the Pentagon's applecart-bothering boffinry bureau DARPA would like to change things. The wild-hare war brainiacs already have a cunning scheme for a Mach-20 hypersonic rocket glider, though this wouldn't be especially re-usable - it's expected to launch atop a throwaway stack.

This week, however, DARPA lobbed out an announcement that they also aim to build a machine they refer to as "Experimental Spaceplane One" (XS-1). This rather reverses the usual pattern in which spaceplanes are fired into space by a big rocket, as seen with the space shuttle, X-37B etc. Instead, the XS-1 spaceplane will act as the first stage, hurling a rocket upper stage into the upper atmosphere at no less than Mach 10. The rocket will then carry on to deliver a payload into orbit while the "aircraft like" XS-1 returns to Earth and flies again.

The XS-1 programme is also expected to deliver:

Which would appear to indicate a return to the scramjet arena for DARPA. Ordinary ramjets top out at between Mach 3 and 4 due to the need to slow down the rush of air through the combustion chamber below the speed of sound, so for full-on hypersonics one needs a supersonic-combustion job (eg a scramjet).

Hydrogen-fuelled scramjets have hit the XS-1 target speed of Mach 10 in tests, but hydrogen fuel is out of fashion among the trendy kids these days due to the great expense and difficulty of using it – though NASA still intend to use in their upcoming SLS mega-rocket, and the Skylon chaps think it's OK. Elon Musk favours kerosene in his new rockets, and DARPA and other US military labs have been struggling for years to get scramjets to run on more conventional hydrocarbon fuels. The XS-1 is intended to demonstrate "operations dramatically reducing infrastructure and manpower requirements while enabling flight from a wide range of locations", so it's plain that this is still the aspiration.

The various hydrocarbo-scramjet trials to date have had a spotty test record, to put it mildly, but the US Air Force's final X-51 Waverider test shot is said to have achieved sustained Mach 5 flight on relatively normal JP-7 juice. Perhaps this can be built on to achieve Mach 10 in the XS-1.

Next page: Gutsy effort by DARPA ... but will it really be worth doing?
Page:
Tips and corrections
68 Comments