MPs: This paperless health service plan isn't worth the paper it isn't written on 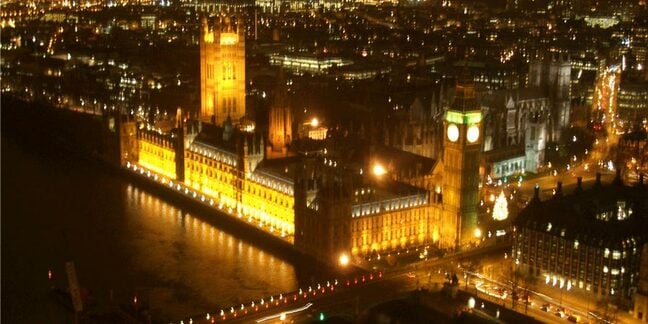 MPs doubt that the Health Secretary's plans to make the NHS paperless by 2018 will be on time and budget, based on Whitehall's shambolic handling of the abandoned electronic health care record system.

The widely derided National Programme for IT (NPfIT) was first signed off by ministers in 2002 under the previous Labour government. It is expected to have wasted more than £10bn by the time that the NHS has released itself from the contract it inked with Computer Sciences Corporation (CSC), which runs at least until 2016.

US-based CSC and UK telecoms giant BT failed to fully implement the massive project, sparking outrage at the money wasted on NPfIT, which was then ditched.

The Parliamentary committee said in a devastating report on the dismantled project:

The Department [of Health]'s most recent statement reported a total forecast cost of £9.8bn. However, this figure did not include the future costs associated with the department's contract with CSC for the Lorenzo care records system or the potential future costs arising from the department terminating Fujitsu's contract for care records systems in the South of England, where arbitration is still on-going.

These costs are likely to be significant. For example, the department's legal costs in relation to the termination of Fujitsu's contract have totalled £31.5m over the last four years.

Politicos sitting on the panel submitted a series of recommendations to Minister Jeremy Hunt's department. They demanded, among other things, that the DoH "manage the re-set contract with CSC robustly" to protect its negotiating position in the future. The money spent on that contract rejig is expected to be north of £2bn.

Hunt's department was told to report to Parliament with full details of the additional costs of the NPfIT, including legal costs, as soon as they are known.

An annual update that outlines costs and benefits of the junked programme was called for by MPs, who then turned their attention to Hunt's pet project: his data-pimping NHS plan.

"After the sorry history of the National Programme, we are sceptical that the Department can deliver its vision of a paperless NHS by 2018," the PAC said. Before adding:

We have reported previously on the shortcomings of the National Programme, which included poor negotiating capability, resulting in deals which were poor value for money and weak programme management and oversight. There were also failures to understand the complexity of the tasks, to recognise the difficulties of persuading NHS trusts to take new systems that had been procured nationally, and to get people to operate the systems effectively even when they were adopted.

Making the NHS paperless will involve further significant investment in IT and business transformation. However, the Department has not even set aside a specific budget for this purpose. As with the National Programme, it will be important to balance the need for standardisation across the NHS with the desire for local ownership and flexibility. The first 'milestone' towards the ambition of a paperless NHS is for GP referrals to be paperless by 2015.

The MPs recommended that the Health Secretary needed to "draw on the lessons from the National Programme and develop a clear plan". To do that, Hunt was asked to submit expectations on costs and benefits that stick to a realistic timetable. ®