One year to go: Can Scotland really declare gov IT independence?

Get ready for Hadrian's partial firewall 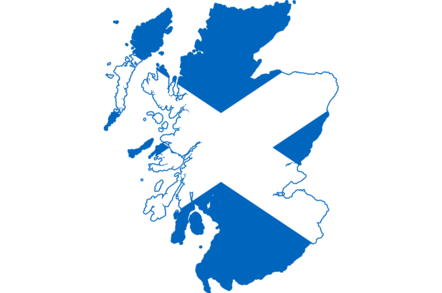 In one year’s time, the people of Scotland will vote on whether to leave the United Kingdom. They will vote yes or no for numerous reasons … and the viability of Scotland’s government IT is not likely to be one of the most prominent.

But the problems a newly-independent Scotland would have extracting its state-sector tech from the rest of the UK – known as rUK to referendum fanbois – are, in miniature, a demonstration of the work ahead if Scotland votes yes.

In some areas of government, Scotland is already effectively independent from rUK. Along with Wales and Northern Ireland, Scotland has run its own health service since devolution in 1999. Avoiding England’s disaster-prone NHS National Programme for IT, Scotland set up relatively modest central systems including an Emergency Care Summary, a patient record containing vital data, which covers everyone in the country except those who refuse it.

Meanwhile, social care is run by Scotland’s 14 health boards, and it has single police, fire and ambulance services, with policing and legal IT systems tending to be Scottish rather than UK-wide due to its separate legal system. While its blue light services are users of the UK’s Airwave deal for emergency radios and data terminals, this is a contract shared by dozens of organisations rather than a single system run by the government.

But the three biggest British government IT departments – HMRC, DWP and GCHQ, all believed to be spending at least £500m a year – are all currently UK-wide. Carving out Scotland would present interesting problems for each.

With regard to the tax system run by HM Revenue and Customs, following a vote for independence the Scottish government would set up Revenue Scotland in April 2015.

“In an independent Scotland, we would implement effective IT systems to support tax collection. We are still scoping the details of such systems,” says a Scottish Government spokesperson. There is more information available on welfare, which covers the Department for Work and Pensions and some HMRC functions. Pro-independence group Yes Scotland is bullish about running a separate welfare system:

"If Northern Ireland is able to administer the welfare state, so too can Scotland,” it argues.

While it is true that DWP itself covers only England, Scotland and Wales, Northern Ireland’s Social Security Agency uses several DWP contracts and systems including its Central Payment System, and has been criticised by both the Northern Ireland Audit Office and Public Accounts Committee for having poor IT. It is not the ideal model for independent government IT.

A more nuanced view came from the June report of the Expert Working Group on Welfare, set up by the Scottish government to examine how the benefits and pensions system would cope with independence. This found that, in terms of human processing capacity, Scotland punches well above its weight: DWP offices in Scotland not only deal with all the jobseekers allowance, employment and support allowance, income support and incapacity benefit claims from Scotland, they also spend more than 40 per cent of their time processing English claims. Two of DWP’s nine regional pension centres are in Scotland, in Dundee and Motherwell – both of which deal with English as well as Scottish work. The report reckoned it would be rUK, not independent Scotland, which would have to splash out on new administrators. (The prospect of privacy activists raising a fuss over transferring rUK citizens' personal data to what would now be a foreign country doesn't appear to have occurred to anyone.)

But on management and IT, the group found the reverse was true: corporate functions are largely based in England, including the people running IT. There are some big UK-wide databases, including the DWP’s Central Payment System. And the two organisations have big UK-wide IT deals: DWP with HP for a wide range of hardware, software and services and BT for data and telephony networking, and HMRC’s wide-ranging Aspire deal, with Capgemini as prime contractor. Some of these contracts do not expire until 2017.

Faced with this, the Scottish National Party-led government commissioned another report, but has also accepted that this will take time.

Next page: 'We'll be dependent on England for benefits for some time'
Page:
Tips and corrections
162 Comments