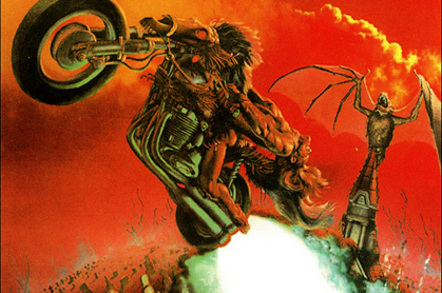 Virtualization sucks, because it makes it difficult for an application to get the most out of its underlying infrastructure. And so a startup staffed by the originators of the KVM hypervisor wants to change that with an ambitious open source project called OSv.

The OSv "cloud operating system" was announced by Cloudius Systems on Monday, and sees chief technology officer (and creator of KVM) Avi Kivity, and chief executive (and former KVM product manager) Dor Laor, create a software stack tuned to host a single app that does away with many layers of abstraction.

"OSv is useful for draining the best performance out of your CPU cycles while doing it in the most convenient way possible," Laor tells The Register.

OSv bundles an app, application server, and Java Virtual Machine into a hypervisor that sits on top of hardware – no Linux OS needed.

"Low level OS mechanisms such as memory management, scheduling and IO are accessible for the JVM directly, resulting in unparalleled throughput and latency," the company says on its website.

OSv lacks support for multiple address spaces – which boots its performance – and instead of mandating separation between applications, the kernel uses the JVM to block accesses to kernel memory. These two methods free up resources for app performance.

"Since the JVM protects itself from the application by verifying bytecode, OSv does not need to do this. The application and the kernel run in the same privilege level, and so expensive context switches and parameter validation are avoided," according to the company.

Ideal workloads for the system include Java application servers like Tomcat, or C-based applications ported by OSv developers, such as MemCacheD, redis, nginx, or MongoDB.

As of Monday, the tech runs Java, C, JRuby, Scala, Groovy, Clojure, and JavaScript, with plans for Python. It uses the ZFS filesystem and claims to have a sub-1 second bootime, while matching or outperforming Linux guests on VMs on benchmarks around SpecJVM, MemCacheD, Cassandra, and TCP/IP.

The company says OSv is already "running like a bat out of hell" when deploying KVM on 64-bit x86 chips, and is running in a slightly slower format on Xen HVM, so it can run in debug mode on assets rented from megacloud Amazon Web Services. A Xen PV port is in progress, and VMware support is planned in two months.

OSv is able to get this performance because of several technical methods that reduce the stages commands go through prior to being executed. Some examples of its performance cost-cutting include the use of a single address space that lets hardware features such as page tables be exposed directly to the JVM, and its commitment to running a single app lets it avoid locking algorithms.

It also does this through what the company describes as "limited" hardware support, with it extending to Xen, KVM, and – eventually – VMware. "This dramatically simplifies the I/O stack," the company writes.

The technology is very early and many features are lacking, but Cloudius Systems hopes the performance is potent enough to get people to test it out.

"We expect that early adopters will pick, let's say, MemcacheD – things where the interface for them is well defined – and then start to experiment with them, and if they get a good experience we expect things will propagate within the organization," Laor says.

In its announcement email on Monday, the company also gave details on how to install the tech onto Linux, and pointed developers keen to inspect the code to the project's GitHub repository.

The company hopes to have a GA version of the product by 2014, and to start making money off associated management capabilities and services in 2015. ®