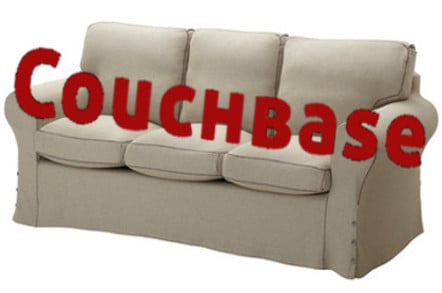 Database startup Couchbase has developed what it believes is the first NoSQL database for mobile devices, but why would anyone want such a thing?

The Couchbase Lite database was announced by the company on Friday as part of its "JSON Anywhere" strategy, which sees it also create a new data syncing service and a cloud test and development "sandbox" platform. It comes a few weeks after the company trousered $25m of filthy Valley lucre.

By bringing the key-value document store to mobile devices, the company hopes to corner a use case that is both very young, and potentially ubiquitous. Couchbase Lite is designed to let developers take advantage of the expanded processing and storage capabilities of modern phones and fondleslabs.

"The goal is to provide a modern database that embodies the same philosophy as Android and iOS," the company's senior veep of engineering Rahim Yaseen told The Register. "We're looking at a trend where each of these devices is getting a very big hardware footprint. Now these devices are going to have lots of compute, and lots of memory. It's going to enable a class of applications that are data local, data intensive."

Potential uses of Couchbase Lite could include healthcare, where the JSON-based document structure may have use for storing medical records on devices with intermittent connectivity. "A doctor can have entire day or entire weeks of data right on the device," Yaseen says.

The product is not the first locally deployable database for mobile devices. There are a number available, such as SQL Anywhere from Sybase and SQLite. Couchbase contends that these databases still require structured data, whereas the JSON document-oriented model opens its tech to a far wider range of uses.

"We think that's not the best way to develop the class of apps going forward."

We asked MongoDB Inc, the steward of the MongoDB database, whether it had plans for a mobile locally-deployable version of Mongo: "We don't currently offer a version of MongoDB for mobile devices," former Reg scribe and current MongoDB head of strategy Matt Asay told us via email. "We'll continue to improve MongoDB to ensure it's the best database for mobile and other kinds of applications."

Besides the mobile version of the database, the company has also developed a cloud-based developer platform that gives developers access to a remotely hosted Couchbase Server environment.

The technology is hosted on Amazon Web Services in a pre-optimized configuration on some large EC2 instances. Yaseen says it should be able to sustain "thousands of developers" at the same time.

The platform wraps in the Couchbase Sync Gateway, a service that helps replicate data between mobile devices and third-party clouds. The gateway is available as a standalone version, and contains a variety of different interface methods to spare developers the hassle of writing specific sync commands.

"The Couchbase Lite device databases – they will talk to a Couchbase server in the cloud through the Sync Gateway," Yaseen says.