It's official: The iPhone 5S bling-mobe IS chavvy. OR, Burberry isn't

Could the 5C actually be aimed at Waitrose mums left cash strapped by school fees? 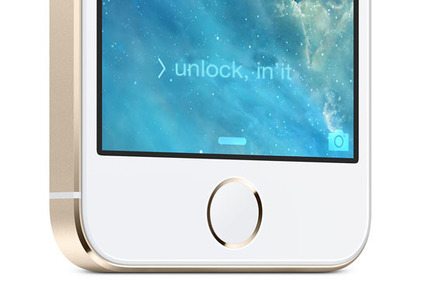 One was once famous for the beige-checked baseball caps worn by footie louts across Britain. The other is a fading luxury brand beloved by the Waitrose class.

Today, Burberry and Apple have forged an alliance of sorts: the new iPhone 5S will be used to snap and upload to the web pics at the British clothing label's fashion show in London next week.

Burberry staff have been given the latest iThings to photograph the label's spring-summer 2013 catwalk on Monday. The 5S is the more expensive of a new pair of iOS smartphones announced this week, and comes in blinged-up gold and silver colours that are perfect for a wag's handbag.

Despite its efforts to paint itself as a chic and timeless British fashion house, Burberry's defining contribution to the nation's style was its checked £50 baseball cap, often worn with bright white shellsuits and accessorised with a snarling pit bull. The design, often linked to Catherine Tate-like ASBO kids, was unceremoniously axed in 2004. This week, ironically, Apple unleashed a cheaper iPhone 5C, which also comes wrapped in several brightly coloured plastic shells.

By touting the high-end mobe, Burberry may hope to shake off all remnants of its chavvy-linked past and remind the world that, yes, it makes £1,000 macs that iPhone 5S-owning moneybags can afford.

“This collaboration celebrates our relationship and shared foundation in design and craftsmanship. We have a mutual passion for creating beautiful products and unlocking emotive experiences through technology, which has made it intensely exciting to explore the capabilities of iPhone 5s,” gushed Christopher Bailey, Burberry chief creative officer.

'Jobs was a man who didn’t care for any rational argument...'

Speaking of "unlocking emotive experiences", industrial designer Hartmut Esslinger, who shaped Apple's "Snow White” aesthetic for its computers in the 1980s, warned that the fruity firm had lost its innovative edge.

He told Quartz that innovation had died along with Apple godhead, Steve Jobs.

“Jobs was a man who didn’t care for any rational argument why something should not be tried,” Esslinger recalled. “He said a lot of ‘no,’ but he also said a lot of ‘yes’ to things and he stubbornly insisted on trying new things."

He added: “As soon as you can copy something [like the iPhone] it’s not smart enough anymore. I think Apple has reached in a certain way a saturation — the curve [of innovation] was really steep seven to eight years ago but now my iPhone is so full I am deleting apps because I want to keep it simple.”

Apple's stock price fell five per cent after Tuesday's 5S and 5C announcement - as shareholders feared the brightly coloured iPhone 5C may not be enough to steal sales from Samsung and other rivals in emerging markets.

"It doesn't have the same range in price that Apple's competitors have."