Leaked Snowden files not so Fantastico... 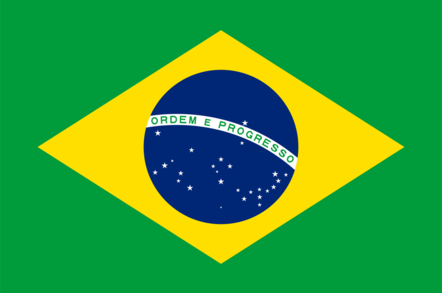 Brazilian President Dilma Rousseff has said that if leaked NSA documents showing the US spied on her country's state-run oil firm Petrobras are "confirmed", then it must have done so for “economic and strategic” reasons rather than for "national security".

The leaked "intelligence documents" appear to run counter to US claims it isn't involved in industrial espionage.

The NSA told the Washington Post in an emailed statement late last month: “The Department of Defense does engage” in computer network exploitation," adding: "The department does ***not*** engage in economic espionage in any domain, including cyber."

However, Brazilian TV news programme Fantástico alleged that the NSA had monitored the internal network of Petrobras, the part-government-owned energy giant, based on leaked NSA reports it had seen.

Fantástico had obtained the documents from Glenn Greenwald, the journalist to whom NSA whistleblower Edward Snowden had revealed certain leaked documents.

The NSA internal documents feature Petrobras's name as an example of targets of the Blackpearl programme, which extracts data from private networks.

Petrobras is named along with the Swift network for global bank transfers, the French foreign ministry and Google. Other targets include terrorist organisations, whose names were redacted, The Guardian adds.

The June 2012 documents provide few clues about the nature or extent of the alleged spying. Subjects of interest might include the upcoming multibillion-dollar auction for Campo de Libra, an oil field off the coast of São Paulo.

The US has complained vociferously for years about Chinese cyber-espionage against US defence contractors and multinationals. Energy giants are high up in the list of targets of this sort of cyber-malfeasance.

At least three US oil giants were reportedly hit by cyber-attacks aimed at stealing secrets back in 2008, in the months before the high-profile Operation Aurora attacks against Google. China was the prime suspect in the targeted malware-based attacks against against Marathon Oil, ConocoPhillips, and ExxonMobil that appeared to be targeting information about new energy discoveries.

The US government has said that its surveillance activities are about foreign policy and fighting terrorism and nothing to do with industrial or economic espionage.

The latest leak casts doubt on these assertions while providing useful fodder for China next time they are accused of breaking the unwritten rules of the Big Brother house.

Petrobas pushed out a statement (em Português) in response to the leaks, saying it follows industry best practice in securing its network. It denies voluntarily sharing information with the NSA.

This is likely to add fuel to the flames for Brazil's President Dilma Rouseff, who threatened to cancel her October trip to the US last week over earlier reports leaked by Snowden alleging that the US agency had snooped on her phone calls and emails.

The NSA allegedly bugged the telephones and internet communications of Rousseff and her key staffers. ®