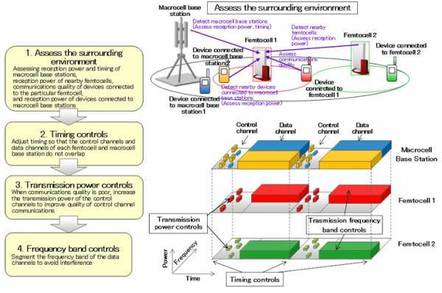 Japanese computing giant Fujitsu has taken the wraps off new capabilities designed to combat radio interference and boost the speed of its LTE femtocells by as much as double.

Femtocells are often advanced as a way to improve the reach of mobile networks, as by placing the small cells in homes or businesses wired backhaul can take traffic off wireless networks in more places. That leaves more core network capacity for those who need it most. One problem femtocells face is that radio wave interference can occur when they are placed too close to each other in a small area, or between femtocells and outdoor macrocell base stations, slowing the communications speed of any connected mobile devices, Fujitsu has explained.

The firm's answer is to automatically assess the environment surrounding a femto, including any connected devices, nearby femtocells, outdoor base stations and any devices connected to the macrocells.

First, it will adjust its signal transmissions so control and data channels of femto and macrocell don’t overlap, reducing interference.

Second, it will boost the transmission power of its control channels if it detects a weak signal from any connected devices.

Third, Fujitsu said it will “segment the frequency band of the data channels” to reduce interference from other femtos and outdoor base stations, increasing speeds. 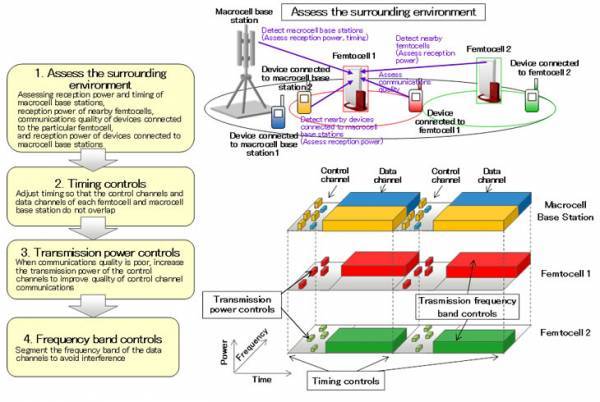 The Japanese giant claimed that in cases of severe radio interference, it managed to double the speed of femtocell transmissions.

Such cases would presumably apply to heavily urbanised areas, of which Japan has more than a few, rather than likes of the Shetlands where Vodafone recently announced femtocell trials.

Fujitsu will be showing off the technology at the IEEE International Symposium on Personal, Indoor and Mobile Radio Communications (PIMRC2013) in London this week.

It said it’ll be proceeding with “actual implementation” in fiscal 2013, presumably wrapping it into its BroadOne line of LTE femtocells. ®