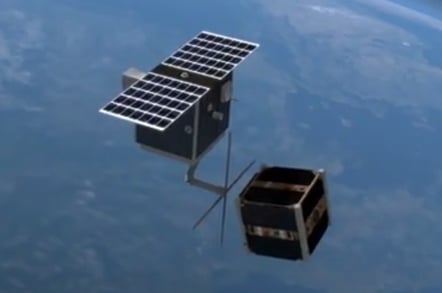 Video Switzerland, a nation renowned for its fondness for tidiness and order, could become a key force in cleaning up the potentially deadly problem of space junk in Earth's orbit.

Last year, the Swiss Space Center at the University of Lausanne announced the planned launch of CleanSpace One, a robotic satellite designed to grab onto large pieces of space junk and push them down towards Earth, where ablation with the atmosphere will burn up the trash. Now, in partnership with Swiss Space Systems (S3), the team is proposing using an experimental space plane to get the 30 kilogram CleanSpace One into orbit.

S3 is building an unmanned Suborbital Reusable Shuttle (SOAR) which will take off by piggybacking on an Airbus A-300. The two craft will fly up for 10 kilometers before releasing the unmanned shuttle. SOAR's engines will then fire, boosting the craft to 80 kilometers above the Earth's surface.

The shuttle then releases its delivery vehicle, which will boost itself to 700 kilometers up and release CleanSpace One before deorbiting. Meanwhile SOAR will fly back to Earth and land in Switzerland for reloading and reuse. S3 estimates that the first flight will take place in 2017, and says it will put CleanSpace One in orbit the following year.

The first target for CleanSpace One is, appropriately enough, SwissCube-1 – the country's first commercial satellite, which was launched in 2009. The ground team will attempt to maneuver CleanSpace One to the 10 centimeter-cubed satellite and grab it with four robotic pincers, before firing both itself and the space junk down towards earth. 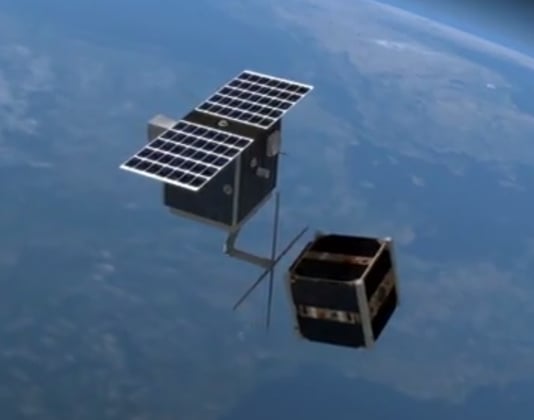 The Swiss plan to clear up their own junk first

There is always the danger that the Swiss team will overcook their calculations and collide with the target, leaving both tumbling and adding to the orbital junk problem. Pascal Jaussi, CEO of S3, said that the attempt was still needed to deal with the serious problem of our orbital debris field.

"You can't democratize space access without having a responsible attitude," he said. "If we don't deal with the problem of orbiting space debris and its accumulation, future generations' access to space will be compromised."

Over 50 years of spacefaring have left Earth's orbit littered with dead hardware, expended rocket casings, loose tools, and debris fields from the destruction of satellites using missiles by the US, the former Soviet Union, and most recently China. Last year the six astronauts on the ISS had to take shelter in their escape capsules after a near-miss from a chunk of ruined satellite, and as the orbit gets more crowded, collisions are likely.

Even if successful, the cost of CleanSpace One (about 10 million Swiss francs, or $10.7mm) will make the expense of cleaning up the vast debris fields that orbit the Earth prohibitive unless the technology evolves into smaller satellites and, preferably, those that can deorbit junk without destroying themselves in the process. ®