Proprietary tech will be 'out-innovated by the world' 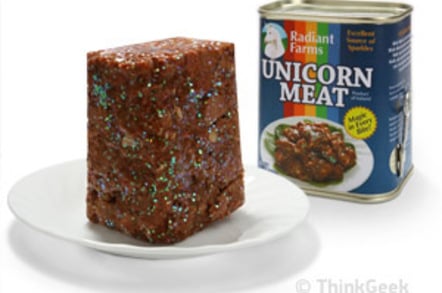 After adopting OpenStack and embracing the Cloud Foundry platform-as-a-service, IBM has become convinced that clouds are destined to be made of open source software.

In a speech at the PlatformCF conference in Santa Clara, California, on Monday, IBM's veep of software standards and cloud labs Angel Diaz said vendors that "take a propriety approach to any technology" will not be able to develop their technology quickly enough to keep pace with the goings-on in the various open source cloud projects.

IBM is "100 percent behind the open cloud," he said. "If you're not on board you'll be out-innovated by the world.

Just as IBM put its considerable heft behind Linux, so too has Big Blue recently come round to the open source "OpenStack" infrastructure-as-a-service technology and the VMware-developed open source "Cloud Foundry" platform-as-a-service.

"There's always going to be hard problems that can't be solved in the open," Diaz conceded to El Reg after his speech. These clouds are all major consumers of open source technology internally, though, he said.

"There is a constant democratization of technology," he said, and right now "having a heterogeneous IaaS is an area of innovation that doesn't make sense to do in a proprietary way."

Rackspace agrees, and for this reason has based its cloud on the OpenStack system. The company raked in $99m last quarter from the tech, though it did have to spend a $26.8m on marketing to help it tell the world it had "open sourced the cloud."

Though these numbers are hardly the $2bn revenue figures of Amazon or several hundred million of Azure, IBM believes we are at the start of a long climb into marketshare for clouds based on open source systems.

"An open architecture is emerging," Diaz said. "There's not a client I speak to that does not want to ensure they have freedom of choice."

As Gartner pointed out on Monday, migrating between the mega clouds of Amazon, Microsoft, and Rackspace is difficult, potentially because of a lack of shared technical standards.

OpenStack-to-OpenStack migration, on the other hand, is theoretically a much easier proposition, though the heavy tweaks that major operators such as HP and Rackspace have had to make to their clouds to get them running at scale mean this idea is, for now, more academic than reality.

Nonetheless, IBM believes that a set of open source platforms are emerging at a low level of the stack, ranging from OpenStack for IaaS, to Cloud Foundry for PaaS, to systems like MongoDB for data storage or the JSON data format. As part of that commitment, the company announced on Monday that it had contributed a buildpack – a container for a complete runtime environment of an application – into Cloud Foundry.

Why hasn't an open source cloud appeared and come to rule, then? "Cloud is at its infancy," Diaz says. "What we are trying to do is accelerate the movement from experimenting to pioneering to using." ®