Also, please stop breeding so much 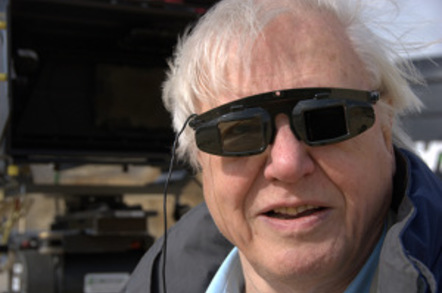 Britain's most popular naturalist has warned in an interview that humans have become the first species to effectively halt the influence of natural selection. He also says, however, that it's not the end of the world, thanks to modern technology.

"We stopped natural selection as soon as we started being able to rear 95-99 per cent of our babies that are born. We are the only species to have put a halt to natural selection – of its own free will, as it were."

The Darwinian model for natural selection referenced by Attenborough is, put very simply, a mechanism whereby those animals with more successful adaptations to their environment and the ability to breed can pass on these improvements. Thanks to healthcare, medicine, and birth control, mankind may have halted this mechanism, but instead humans are evolving in other ways thanks to technology, he said.

"Stopping natural selection is not as important, or as depressing, as it might sound – because our evolutionary process is now cultural," Attenborough explained.

"Humans have a great cultural inheritance as well as a physical, genetic inheritance – we can inherit a knowledge of computers or television, electronics, aeroplanes and so on. Each generation has got all these books that tell them these things, so our cultural evolution is proceeding with extraordinary swiftness."

However, we may not be evolving fast enough. Attenborough, a long-time campaigner for reducing the global population, said that having large families these days is "irresponsible." China's one-child-per-family policy had produced "personal tragedies," he said, but had saved the Middle Kingdom from having several hundred million new mouths to feed.

"I don't think we are going to become extinct. We're very clever and extremely resourceful – and we will find ways of preserving ourselves, of that I'm sure," he said. "But whether our lives will be as rich as they are now is another question." ®

Ordinary punters will get squat from smart meters, reckons report

Who were the SECRET 28 who ended all climate debate at the BBC?

You write the cheques, we'll drown the puppies

Earth will feel the heat from 2009: climate boffins