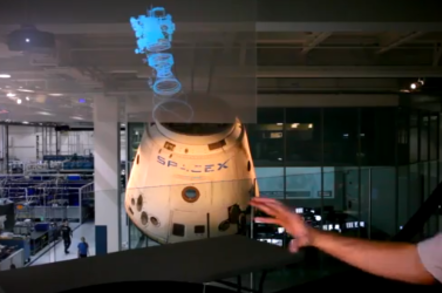 Video Elon Musk has posted the video of his Iron-Man-esque 3D design process, where he makes rocket parts using a Leap Motion controller and a 3D printer.

Kicking off with an onscreen representation of the part that Musk can flick around with his hands, the design then moves to an actual 3D projection, just like in the movie and an implementation, though unfortunately an Oculus Rift headset is needed for this.

Musk said on Twitter that he printed the part out in a metal superalloy using a 3D printer.

The billionaire PayPal founder revealed at the end of last month that he'd come up with a gesture-hologram design system that was inspired by Tony Stark's build of his Iron Man suit in the movies.

Sadly, Musk is not planning to use his new-found ability to make an actual metal exoskeletal frame to pursue baddies with. ®