'He has become enchanted by anti-establishment ways of thinking' 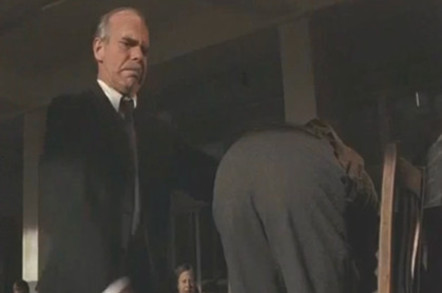 An irate headteacher reported one of his pupils to the police and tried to scupper the youngster's chances of getting into university after reading a blog post that slammed his school.

Jacques Szemalikowski, headmaster of Hampstead School in North London, refused to allow 19-year-old Kinnan Zaloom to come and collect his A-level exam results after the teen slagged off the school on a blog called The Hampstead Trash.

Zaloom's site is packed full of snarky, sweary attacks on the comprehensive, which he described as a "fucking disgrace".

Szemalikowski told the Camden New Journal he decided to try to destroy Zaloom's chances of attending a good university because he was worried the potty-mouth blogger "could be developing into an anarchist”.

The head said he was concerned about "the fact that Kinnan has mentioned the ideologies of anarchism and individualism on this blog".

Szemalikowski continued: “I must do something. In the last year he has become more and more enchanted by anti-establishment ways of thinking and has even said that there is an inherent risk that every government is corrupt.

"I phoned Glasgow to warn them what sort of person they were dealing with, to advise them that this person thinks thoughts like these, and they could then make an informed decision. I am duty bound to do that.

"I also reported what he had written to the police, and the officer I spoke to said he would pass these mad writings of his on to a colleague.”

The headmaster added: "His posts were scattered with the f-word and c-word and if a student spoke like that in school they would be expelled. So of course I blocked the blog [from the school's network], and told him never to come back. He’s right, if he had been younger, he would have been expelled."

Ironically, in 2011 Szemalikowski used a recording of the “Sachsgate” affair in a mock English exam at the school. The recording contained detailed and explicit language used by Russell Brand to describe having sex with Fawlty Towers star Andrew Sachs' granddaughter, left in a voicemail message to Sachs.

Szemalikowski told the Telegraph at the time: “The unit is all about how people react to language and the limits of freedom of expression and this was a very famous snippet. It’s all about interpretation.”

Writing under the pseudonym Sludge, Zaloom's adolescent rants contain snipes at the school magazine, attacks aimed at the management and claims that the headmaster was "playing the school league tables”.

In a satirical "obituary" written after he was banned from school, Zaloom wrote: "Michael Gove and the previous mindless c**ts that have held the role of education secretary have made comprehensive state schools into factories for young people. We are not educated, we are inculcated and cultivated to be a society of vacuous consumers. With tuition loans being a thirty-year education tax, we are slaves to the dime."

Zaloom did not manage to get the grades necessary to attend Glasgow University and is planning to study mathematics at Portsmouth University instead.

He told the Camden New Journal: “They said I had brought the school into disrepute. I said that was their opinion, but nothing I had done was illegal so why such severe action?

"I was prepared to apologise for the language. But what worries me is if I had been a year younger they said they would have expelled me halfway through my A-levels, and that means they would have been prepared to ruin my education because they didn’t like my thoughts.

“It was useless to call the police because I didn’t break the law.

"I was concerned he’d called Glasgow because I’m worried he would go to those lengths of intimidation to control a student’s thoughts. But I wasn’t too panicked because it turned out I didn’t have the grades to get in there anyway.”

As of Wednesday neither Zaloom nor Szemalikowski had heard back from the police. ®

Roses are reddish, don't cry into your beer... but Hoonigan.com is better than Top Gear